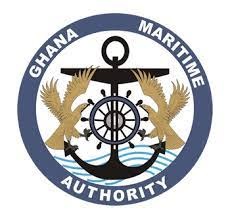 Last month, we carried a story on an imminent disaster on the White Volta River at Daboya in the North Gonja District in the Northern Region, where the safety of commuters is compromised.

Commuters in the district prefer using the river to get to Tamale, which is only 48 kilometres from Daboya, instead of the Damongo-Fufulso Junction road, which is safe but almost twice the distance across the river.

Travelling on the river has its own challenges; for instance, in 2014, at least six people drowned after a canoe on which they were travelling capsized on the river.

A similar canoe disaster on the river claimed three teenage lives in 2016, while three persons drowned, with four others being rescued when their boat capsized in 2017.

In last month’s story, we revealed that canoe operators undertook the ferrying of commuters on the river without charging them any fare, as a result of which they could not provide any life jackets onboard their boats.

While the Savannah Regional Director of the National Disaster Management Organisation (NADMO), Mohammed Tohir, insisted that his outfit had been supplying the canoe operators with the jackets every year to ensure the safety of commuters on the river but the passengers had refused to wear them, a former Assembly Member for Daboya, Jamoni Hudu, who is the leader of the canoe operators, appealed to the assembly and benevolent organisations to support the operators with life jackets to ensure the safety of travellers.

The Daily Graphic believes that the authorities must intensify their supervision of the activities of canoe operators on the White Volta at Daboya.

On Thursday, April 14, 2022, a boat disaster occurred at Harvokope on the Volta Lake in the Eastern Region, resulting in the death of seven people.

In the aftermath of that disaster, the Paramount Chief of the Battor Traditional Area, Togbega Patamia Dzekley VII, entreated boat owners to ensure that they had life jackets on their boats.

The Daily Graphic believes that the safety of Ghanaians using the White Volta river at Daboya, the Volta Lake and all inland waterways is the responsibility of the GMA.

Therefore, the authority must not wait until disaster occurs before it acts. That can be described as irresponsibility and amounts to short-changing the people whose lives and livelihood depend on the lake.

The Daily Graphic is of the view that within its supervisory mandate, the GMA must, as a matter of urgency, liaise with the district assembly, NADMO and other local governmental agencies to ensure the safety of commuters at Daboya, on the White Volta, the Volta Lake and other rivers.

The authority must also ensure that its officials undertake periodic visits to inland waterways nationwide to supervise commuting activities.

It is the expectation of the Daily Graphic and the many Ghanaians whose lives depend on inland waterways that there will be expedited action to ensure safety on the White Volta, as well as other inland water bodies.

Tragedies on water bodies must become issues of the past.

The GMA, please be alive to your responsibilities!