Ghana must tap from UNESCO experience 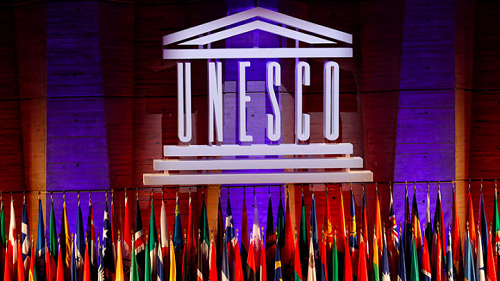 Every November 16, the world celebrates the founding of the United Nations Educational, Scientific and Cultural Organisation (UNESCO) in Paris, France.

The UNESCO emerged as a worthy successor to the League of Nations' International Committee on Intellectual Cooperation.

UNESCO's founding mission, which was shaped by the Second World War, is to advance peace, sustainable development and human rights by facilitating collaboration and dialogue among nations.

For the past 63 years, since Ghana signed up as a member of the world body, we have benefited immensely from the activities of UNESCO in Ghana, even as we also contribute to its evolution.

From the training of science teachers for our schools in 1965, UNESCO has helped shape many policies in Ghana’s educational sector, including the recent National Teacher Policy, the Science, Technology and Innovation Policy and the mainstreaming of biosphere conservation plans in the national development agenda.

UNESCO also played a significant role in the establishment of private, independent newspapers and radio stations, thereby contributing to the making of a vibrant and free media in the country.

We are aware that UNESCO has also played a lead role in Ghana with the documentation and preservation of over 75 per cent of the slave dungeons built along the West Coast of Africa to facilitate the barbaric, inhumane trans-Atlantic slave trade as World Heritage sites.

In recent times, UNESCO's role in interventions to mitigate the negative impact of the COVID-19 pandemic on the educational sector cannot be glossed over.

The list goes on and on, but suffice it to say that, as a country, we acknowledge and appreciate all that the organisation has done to help improve the educational sector of the country.

The Daily Graphic recalls that since joining the world body 63 years ago, Ghana has played key roles in the running of the organisation.

For instance, the first African to be elected chairperson of the Executive Board of UNESCO was Mr Patrick Seddoh, a Ghanaian.

We are proud as a country to recall that Ghana was also the first African country to have a female representative, Mrs Therése Striggner-Scott, on the Executive Board.

As we join UNESCO to commemorate its 75th anniversary, we look forward to even better collaboration with it and more support in the educational sector, with Ghana turning its attention to science, technology, engineering and mathematics (STEM) education.

We expect Ghana to leverage its good standing with the world body to tap the vast expertise on science in order to consolidate its focus on STEM education.
Experience, it is said, is the best teacher, and which better teacher is there for Ghana in STEM education than UNESCO?

So, while we congratulate UNESCO on its anniversary, we expect that Ghana will draw closer to the organisation for mutual benefits.