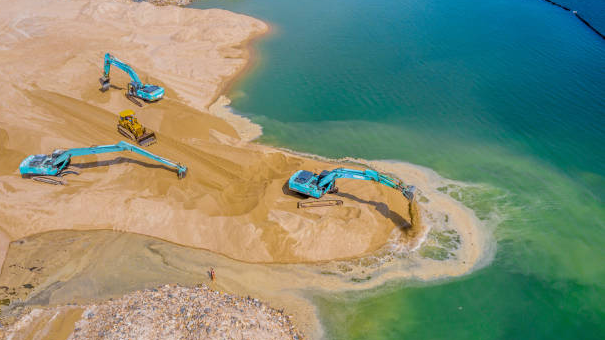 The Environmental Protection Agency (EPA) has served notice that beginning next month (September), it will enforce the law that requires small-scale mining companies operating in the country to post reclamation bonds for reclaiming mined lands.

Regulation 23 of the Environmental Assessment Regulations, 1999 (L.I. 1652) mandates the EPA to ensure that prospective small-scale miners post reclamation bonds in the form of cash in an escrow account based on approved reclamation plans before they are issued permits to mine.

Regulation 23 has, however, been left on the shelves, giving a fi eld day to small-scale miners to operate without reclaiming lands degraded by their activities.
By leaving uncovered pits behind, the miners continue to pose a threat to lives in mining communities, with many people falling into the pits and dying. Clearly, the abandoned pits have become death traps.

The small-scale mining sector contributes greatly to Ghana’s economy, yet it is also associated with negative environmental impacts, such as land degradation and water pollution.

This is because most miners in the sector have shifted from the mining method used during the colonial era, which involved the use of simple or hand held equipment, to the use of highly technological equipment for the extraction of minerals.

For some years now, the government has been critically concerned about illegal smallscale mining operations and deployed the best ways to curb the menace and support the sector to operate in an environmentally friendly manner.

A reclamation bond is a surety bond that checks the performance of a mining activity or operation after the activity is completed. It ensures that the mined area is returned to its pre-mined state or condition.

Reclamation bonds have been deployed over the years in the large-scale mining sector to promote sustainability in operations, but same has not been enforced in the small-scale sector. Meanwhile, small-scale mining activities are associated with excessive environmental degradation.

The gravity of exploitation of natural resources is also gaining momentum and if immediate mitigation measures are not put in place, the overall effect will be devastating for the next generation.

It is the reason the government, through the Ministry of Lands and Natural Resources, announced in April 2017 a temporary ban on small-scale mining activities.

The bond will serve as a form of security in any endeavour and, therefore, compel miners to reclaim the land after mining.

The bond can also serve as a source of funding for the government to undertake the reclamation of mined lands in case of noncompliance.

While the Daily Graphic welcomes the enforcement of the regulation on reclamation bonds for the small-scale mining sector, we, however, wish to suggest that the bond fee must be moderated when introduced to enable miners to comply.

In addition, payment must not be in full at the initial stage of operation but rather as the mine progresses. To achieve this, miners must be well trained and educated on the reclamation bond.

The government must also assure the miners that the bonds will be refunded to them after the successful reclamation of a mined area.