Efficient public transport system a must 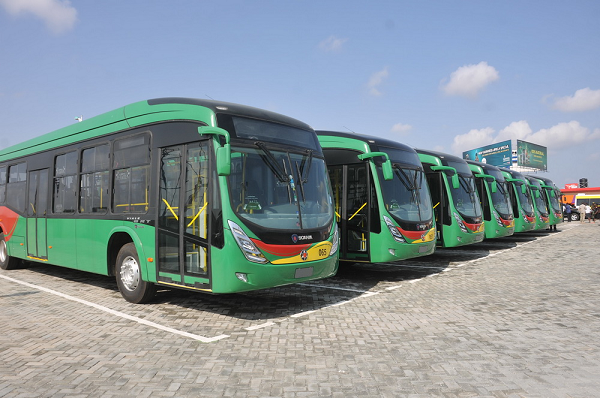 Over the years, traffic congestion in the major cities, especially Accra and Kumasi, has been mounting alarmingly, to the discomfort of commuters and residents of these cities.

The endemic traffic congestion occurs during the rush hours of the morning and the evening on week days, compelling people to spend productive hours in vehicles.

In some situations, when the gridlock becomes unbearable and commercial buses are not available, commuters are forced to walk from the various lorry stations to their destinations.

Last Saturday, the Daily Graphic carried a front page lead story on the current state of the implementation of the Bus Rapid Transit (BRT) system and asked whether the BRT had collapsed.

Indeed, commuters trekking along the shoulders of roads after heavy downpours in Accra is a common sight, as the traffic congestion usually worsens.

Furthermore, the hellish traffic situation, according to many commuters, is due to the absence of a reliable public transport system, which compels people to use their private vehicles, thereby increasing the number of cars on the road each day.

We at the Daily Graphic are of the conviction that an efficient public transport system is long overdue and essentially necessary for sustainable economic development in our major cities.

More than 4.5 million people live in the Greater Accra Metropolitan Area (GAMA), with a daily influx of approximately 2.5 million business commuters, according to the World Population Review.

Over the years, car ownership in the area has also increased.

The number of private cars registered in the area was almost 1,250,000 in 2017 (or 60 per cent of the national registration), with an average annual increase of 8.4 per cent over the past 10 years.

That is why efforts to establish a BRT was welcomed by the public as a major intervention to improve transportation in the city. However, the attempts, although  laudable, has failed under successive governments.

The best attempt so far is a watered-down BRT version called the Quality Bus System (QBS).

Infrastructure for the QBS included the two-kilometre dedicated lanes on sections of the Achimota-Accra road and some contra-flows at the entrance of the central business district (CMB) in Accra.

Some 45 buses were linked to the QBS, which run the Accra-Amasaman, Accra-Kasoa and Accra-Achimota routes, ferrying an average of 6,000 passengers daily.

An electronic ticketing system was also introduced to help manage the system, providing scheduled rides, ostensibly to reduce traffic congestion and limit the number of cars that thronged the city on a daily basis.

Unfortunately, that system failed to serve its purpose and collapsed due to many challenges, including the lack of enforcement on the use of the dedicated lanes that are specially built to help the buses avoid traffic and move faster.

We understand that public transport systems such as a BRT are a social service which should be subsidised by the state, but we suggest that the government provide the enabling environment and regulations to attract competent private sector players into the space to first help develop the infrastructure that is necessary to run such transport systems and also operate in the space competitively.

Close to home in Lagos, Nigeria, the Lagos Metropolitan Area Transport Authority (LAMATA) ensures that the public transport system runs effectively with the active participation of the private sector.

We also agree with environmentalists who suggest that it is important for the government to examine the impact of carbon emissions on the environment to determine the type of transportation mode to adopt and develop in the future.

After all, air pollution levels are said to be typically low in well-planned cities with good transport systems, walkable streets and ample green spaces to filter the air.