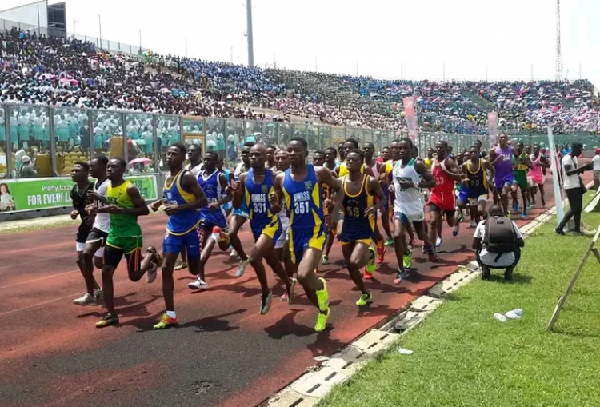 Ordinarily, one would argue that the primary responsibility of being in school is to study and so such a directive is in the right direction.

However, for the Daily Graphic, the directive is a worrying development that can prevent thousands of students from realising their potential.

It is a fact that most professional footballers, athletes, musicians and public speakers developed those talents through extra-curricular activities in school.

It was through activities such as inter-school sports, debate, the popular National Science and Maths Quiz (NSMQ), among many others, that some of our compatriots identified their niche areas. Therefore, suspending extra-curricular activities amounts to denying students whose talents and potential are hidden in those activities the opportunity to hone their talents.

This is evident from the recent World Athletics Championship hosted on the University of Oregon campus in the USA, a clear indication that sporting activities are an integral part of the educational system. Is it not intriguing that all our athletes who participated in the just-ended Commonwealth Games are university students, graduates and people who have high educational background?

Our own Bejamin Azameti, whom we are celebrating as one of the top athletes in the world, had his athletic teeth cut at the Presbyterian Boys’ Senior High School (PRESEC), Legon, just like most current and former athletes.

A number of our sports personalities came to the limelight through inter-school and or inter-college sports, during which they were handpicked and given scholarships to continue their education overseas while developing their talents there.

School sporting activities serve as good breeding grounds for our athletes who form the core of our national athletics teams to further pursue their education in foreign universities that place premium on sports.

The national long jump record holder, Deborah Acquah, is in the Texas A&M University; Black Queens’ Linda Eshun and Florence Dadson are both in the Robert Morris College in the US, and many others are in universities, courtesy extra-curricular activities in sports.

Had it not been for the NSMQ, one of the extra-curricular activities, how could the American Chamber of Commerce have got to know of Keta SHTS's Francisca Lamini to award her a scholarship to read medicine in the prestigious Harvard University?

For us at the Daily Graphic, we believe that extra-curricular activities are part of school activities in an effort to holistically develop all-round students who will have the opportunity, with the support of the schools, to opt for specific areas while still paying attention to academic activities.

It is a fact that not every child is academically gifted, and, for that reason, suspending extra-curricular activities in schools is a disincentive and way of denying some students the chance to unearth their talents.

While acknowledging resource constraints in senior high schools, the Daily Graphic believes that suspending extra-curricular activities will amount to truncating the future of some of our future doctors, engineers, sprinters, marathon runners, footballers, orators, politicians, military officers and many other professions the students are exposed to through such activities.

Great academics and sports personalities, such as the current Kotoko Head Coach, Dr Prosper Narteh Ogum of the University of Cape Coast; Professor Andrews Owusu, a Professor/Health graduate programme Coordinator of the Middle Tennessee State University, and Professor Francis Dodoo, who joined the Leverhulme Centre for Demographic Science in Oxford’s Department of Sociology and Nuffield College as one of three new British Academy Global Professors at the University of Oxford in 2021, are former great athletes who, through their sporting prowess, landed in universities overseas to become who they are now.

We are sure that the authorities in the educational sector are very much aware of the importance of extra-curricular activities and consider them as being equally important as academic activities.

The Daily Graphic knows how proud PRESEC, as a school, and its present and past students are anytime Azamati’s name is mentioned.

This is how useful and important extra-curricular activities are and such an important aspect of education should not be scrapped simply because there are no funds.

The schools and, indeed, all stand to gain if extra-curricular activities are allowed to go on in our educational institutions.