Averting disasters on our highways 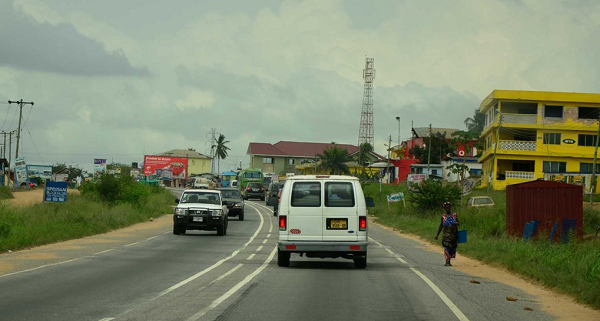 Disaster is looming on various portions of the highways between the Volta and the Greater Accra regions.

In our Saturday, October 15 edition, we carried a report on the potential calamity that persists in the Volta Region as a result of the incessant erection of unauthorised speed humps in some communities.

The dreadful features abound on portions of the Accra-Aflao Highway (N1), particularly between Abor and Afife, and in some parts of the Akatsi South municipality and the Akatsi North District, where logs and stones are strewn across the highway to compel speeding vehicles to slow down.

The nasty humps are also evident in the Adaklu District, especially on the road linking Tsrefe to Sikama, which has at least 38 of the humps which have created gaping potholes on the road.

What is even more horrifying is the fact that the humps keep emerging with the rising sun.

Checks by the Daily Graphic revealed that residents of those communities ganged up at night to erect the humps, in some instances digging trenches across the road.


These have also created numerous potholes on sections of the highways, making the highways appalling and horrendous, to say the least.

Some of the residents undertake this road-damaging act just to create traffic jams and slow the movement of vehicles for motorists and passengers to be enticed to patronise products on sale.

Although this is not a new phenomenon, the situation at present is just awful.

Largely, this display of impudence by members of the communities along the road is nothing but a huge recipe for disaster.

We expect that the Accra-Aflao and the Ho-Denu roads, which link Ghana to Togo, will have an international outlook, with guaranteed traffic safety features which should be devoid of hazardous potholes and ‘mini-mountains’ obstructing the movement of vehicles.

We know that the Volta Regional Command of the Ghana National Fire Service (GNFS) has complained that the humps impede recuse and emergency operations.

The Regional GNFS Commander, Assistant Chief Fire Officer Joy Ayim Ameyibor, cited a recent incident in a community near Kpeduhoe in Akatsi North where a domestic fire rapidly spread to six other houses in the neighbourhood before personnel of the GNFS arrived at the scene just because the fire engine was hindered by the numerous humps on the road.

The unmitigated menace on these international roads, in spite of the growing protests and cautions about the humps, does not befit the country’s status as a trailblazer in Africa.

Even though the Ghana Highway Authority (GHA) has made it clear that it is an offence for anyone, apart from engineers from its Road Safety and Environment Unit, to construct speed humps, little continues to be done to punish perpetrators to nip the situation in the bud.

As a leading economy in West Africa, and, indeed, Africa, Ghana deserves decent roads, for which reason immediate steps must be taken to wipe out the humps and replace them with standard speed ramps in the broader national interest.

As a matter of fact, without good roads, there can be no such thing as national development.

The Daily Graphic calls on the GHA to rise to the occasion and stop these wanton erection of perilous speed humps on our roads anywhere in the country. For the authority in the Volta and the Greater Accra regions, it is a matter of urgency that needs their quick attention.

We also urge assemblies and their heads, metropolitan, municipal and district chief executives, to show greater interest in this negative development and remove the humps from our roads and also prevent same from recurring.

While urging community members to heed the advice of the GHA for them to contact the authority should there be the need to erect speed humps, the Daily Graphic equally calls on drivers and the motoring public to adhere to road safety rules and regulations.

The driving and road user code is clear on speed limits at designated places, such as towns and cities, as well as public installations such as schools, hospitals, churches, markets and other busy spots where the driver does not necessarily has the right of way.

Regard for other road users should always motivate motorists to respect the speed limit.