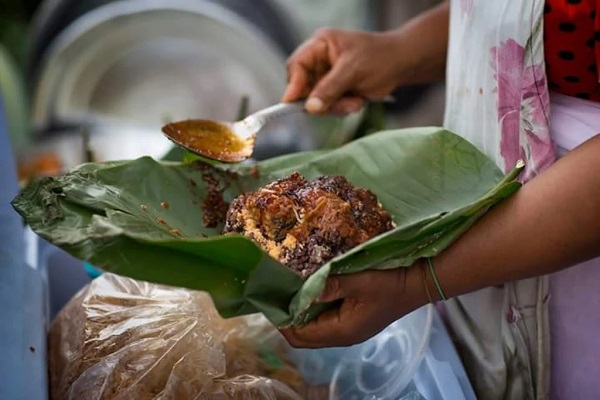 It is always said that food security is linked to national security; that is why every effort to ensure food sufficiency is worth supporting.

The availability of food, to some extent, is a yardstick to ensuring national stability, cohesion, peace and the wealth of a nation.

Even though over the past five years, since the implementation of the government’s flagship programme, Planting for Food and Jobs (PFJ), leading to a number of people venturing into farming with the resultant increase in food production, the high cost of food has been a major concern to many Ghanaians.

Last year, four agricultural sector groups had to sound alarm bells of an imminent food crisis this year and urged the government to do more to increase investment in domestic food production to avert that crisis.

They advised the government to increase investment in domestic food production, institute measures to provide soft loans and also subsidise mechanisation and other inputs for farmers.

Indeed, the introduction of the PFJ witnessed a huge investment in the excess of GH¢2 billion in the area of subsidies in fertiliser, improved seeds and agrochemicals.

Agricultural machinery have also been brought into the country over the last five years and given to farmers at subsidised prices to boost food production.

In spite of all these significant investments and interventions being undertaken to ensure food sufficiency and security, food prices remain high, which gives the impression that some individuals are making supernatural profits at the expense of the farmers and consumers along the value chain.

The Ministry of Food and Agriculture on a number of occasions has maintained that there is enough food at affordable prices and to drive home that point, by the close of the last quarter of last year, the ministry liaised with some private individuals and organised truckloads of plantain from the farm gates, mobilised bags of Ghana rice, tubers of yam, maize and vegetable oil to Accra to be sold to civil servants at a reduced price.

Indeed, the rush for these food items not only by the civil servants, but people of all walks of life because of their low prices, was significant enough to confirm the saying that food security is really an issue of national security.

Aside from the high prices of food, there is an issue of the quantities of foodstuffs being illegally transported across the country’s borders. This prompted President Nana Addo Dankwa Akufo-Addo to issue a ban on the continuous and unregulated carting of food items, especially grains from major markets and even at farm gates across our borders.

The decision by the President is to ensure that we have sufficient grains for our consumption and for the poultry industry.

The Daily Graphic, however, finds it worrying that in spite of the directive by the President, truckloads of grains are still crossing our borders as established by the outgoing Minister of Food and Agriculture, Dr Owusu Afriyie Akoto, during a recent visit to the northern part of the country.

The minister was shocked at the number of trucks reportedly conveying food items, particularly grains, to neighbouring countries in spite of the ban on the practice.

The situation led to the call by Dr Akoto for the tightening of surveillance at the various country’s borders to ensure that directive banning the export of food items to neighbouring countries was fully complied with. We believe that food security is the responsibility of all and that is why the security agencies along our country’s borders must be proactive in enforcing the ban.

However, if the presidential ban on the movement of food items across the country’s borders is flouted with impunity, not only will our food security situation be compromised, but our national security will be jeopardised as well.

While we support any intervention that seeks to ensure food sufficiency and food security in the country, the Daily Graphic believes that more investment in the agricultural sector is needed to consolidate the gains made through PFJ.

Unfortunately, last year, because of the astronomical increase in fertiliser prices, coupled with the serious economic challenges that bedevilled the country, the flagship programme was seriously affected, with virtually no subsidised fertiliser, which led to a reduction in farm sizes.

Nevertheless, we believe that the concept of PFJ is still relevant and apart from the about 1.7 million farmers enrolled onto the PFJ, the campaign must continue in order to increase farm produce to guarantee food sufficiency.

Let us, together, produce enough to stem hunger.