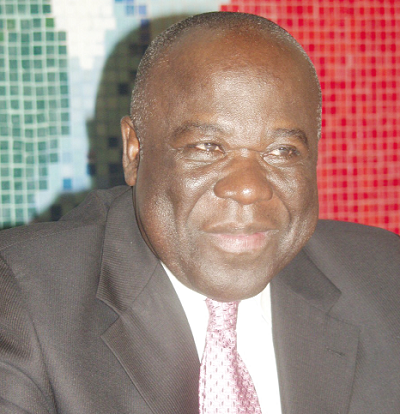 A business executive and statesman, Sir Sam E. Jonah, has called for deliberate policies and state intervention to increase indigenous ownership of the economy.

He said there was the need for a national strategy on economic empowerment to strengthen local businesses and entrepreneurs to operate successful enterprises that would play significant roles in national development.

Sir Sam told the Graphic Business that the current structure of the economy in which almost every critical sector was largely controlled by foreign entities was risky for the long-term sustenance of the economy.

He said it was sad that from the banking sector through extractive and telecommunications to hospitality, virtually no Ghanaian individual or institution had a substantial ownership of any of the key firms in those sectors of the economy.

“The need to champion such policies is even more urgent now with the establishment of the African Continental Free Trade Area (AfCFTA) because the initiative headquartered in Ghana can only retain public support if indigenous entrepreneurs benefit from the sacrifice of sovereignty and import barriers that the initiative entails,” Sir Sam said.

The interview discussed the need for a national dialogue to explore solutions to the challenges of the COVID-19 pandemic, how to preserve the integrity of the three arms of government and a call for constitutional reforms in response to emerging challenges.

On the economy, Sir Sam, who is also the Chancellor of the University of Cape Coast (UCC), said: “Ghanaians do not own this economy and that is not good for us.”

“Are we, therefore, surprised that our exchange rate is the way it is?” he asked.

“On Mondays, when the significant investors in the economy do the sweeps of all the money that they have made from us and repatriate them, then the cedi feels the pressure,” he said.

He said while he expected the government’s One District One Factory (1D1F) policy to assist in addressing some of these imbalances, such interventions would achieve little “without strategic funding mechanisms to support local enterprises.”

“Without that we will only be replacing foreign imports with 'foreign goods' produced in Ghana with minimal local contribution in the form of employment and local inputs," he said.

He said such a development would create a similar net outflow of hard currency whenever these foreign-owned companies repatriated their profits out of the country.

The retired business executive also bemoaned the granting of tax waivers and exemptions to foreign investors to set up businesses in the country without similar incentives in the form of grants or start-up capital for local entrepreneurs.

He explained that the practice was a disservice to indigenous entrepreneurship as it disadvantaged the indigenes from a fair competition in their own country.

Sir Sam said while foreign investments were good, they needed to be balanced against the need to develop domestic capacity and entrepreneurship to help create the needed balance to serve as a cushion against vulnerabilities and capital flights.

"In fact, the best ambassadors for our local economy will be strong local entrepreneurs with viable businesses who could seek partnerships with strategic foreign investors for growth capital and foreign expertise in the form of skills transfer programmes to benefit our economy,” Sir Sam said.

“In various sectors of the economy, including agriculture, retail and infrastructure, the lack of strong local players was a disincentive to meaningful foreign investment because investors typically seek local partners who have some scale and experience in the markets they seek to invest in,” he said.

"Successful local entrepreneurs offer the most attractive testimonial to foreign investors," he added.

Sir Sam, therefore, advised the government to put in place strategic measures, protectionist policies and incentives for local entrepreneurs to increase indigenous ownership of the economy similar to what pertained in South Africa and Nigeria.

He said such policies must be nationalistic and not partisan to help create intergenerational entrepreneurs and investors that could contribute meaningfully to economic development.