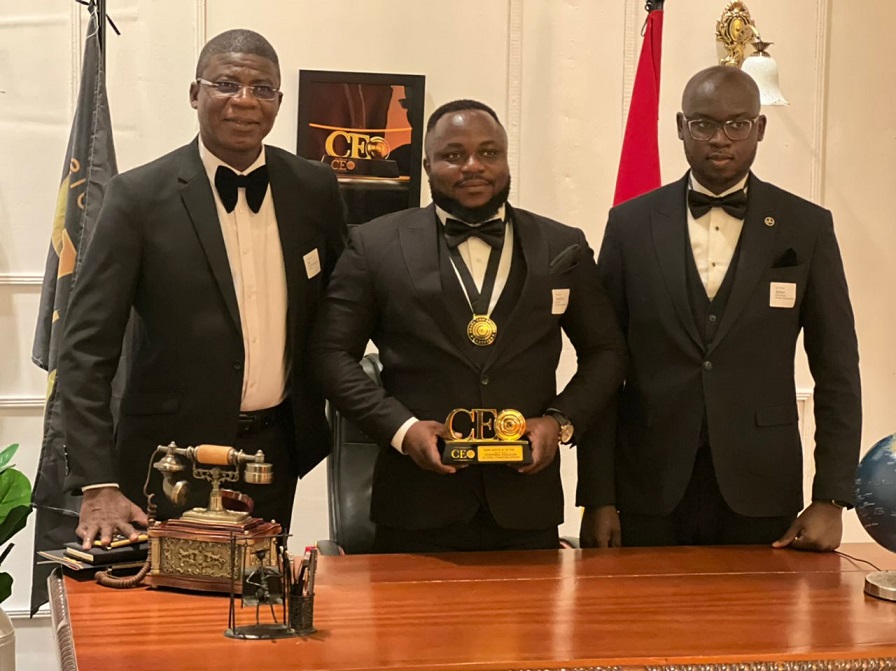 The Chief Executive Officer of The Makers Electronics, Stephen Essoun, has been named the 'Young Achiever of the Year', 2022, at the maiden edition of the Ghana CEO Vision and Awards.

Speaking after picking up his award, the CEO of The Makers Electronics, Stephen Essoun, whose company in 2021, also received the ‘Promising Company of the Year’ award at the Ghana Business Awards, said, "I draw my inspiration from the famous biblical quote: Matthew 5:14, which says, You are the light of the world, a city built on a hill cannot be hidden. The good works will definitely come out one day without a single sweat. My journey as a CEO has never been easy, and I was not expecting it to be easy either. I thank God almighty, the organizers, and my beautiful wife Mrs. Akua Saah Essoun for this award, and I will urge the youth to follow suit and push a healthy agenda for future generations.”

Mr. Essoun, who is also the CEO of Hi-Lynks Communications, an organisation he's run for nearly a decade, added that, “As a Young Achiever of the year 2022', I will urge the youth to seek grace, and not a race, by allowing others to take the lead, and not rushing into achieving certain things that may cost them their lives at a youthful stage. We can only compete with ourselves, not others."

The awards event, organized by Globe Productions at the plush Kempinski Gold Coast Hotel in Accra on Friday, April 29, 2022, also honoured Ibrahim Mahama, CEO of Engineers and Planners, who was decorated as the CEO Vision Entrepreneur of the year.

Other awardees on the night included Rev. Dr. Joyce Aryee, who received a Lifetime Achievement Award.

In all, about forty individuals were awarded. The nominees were shortlisted out of the 113 individuals that had been considered for the awards.

The project involved a documentary film on top CEOs, magazine features, and awards.

It seeks to recognize and reward leadership excellence across all industry and business sectors in Ghana while celebrating achievement, innovation, and leadership brilliance within the business environment of Ghana.

It is also aimed at providing the biggest and covets pitching platforms for CEOs who have used the power of ideas to change attitudes, lives, and ultimately, the country.

Project Lead at the Ghana CEO Vision and Awards Project, Mr. Latif Abubakar said the project also seeks to provide a thriving platform for CEOs to stay connected, stay relevant, stay ahead of the game, and be celebrated while creating opportunities and celebrating visionaries.

On the same day, Friday, April 29, 2022, The Makers Electronics also picked up two separate awards at the Responsible Business and Leadership Excellence Awards, 2021, held at the Mövenpick Ambassador Hotel in Accra.

The RBLEA, which covers the areas of banking, aviation, information technology, telecommunication, manufacturing, and retail sectors, mainly recognizes companies and individuals for their performance in the previous year.

ION Africa Business, organizers of the Awards, say it is aimed at championing the implementation of sound business governance and systems and also preventing practices that hinder social development.