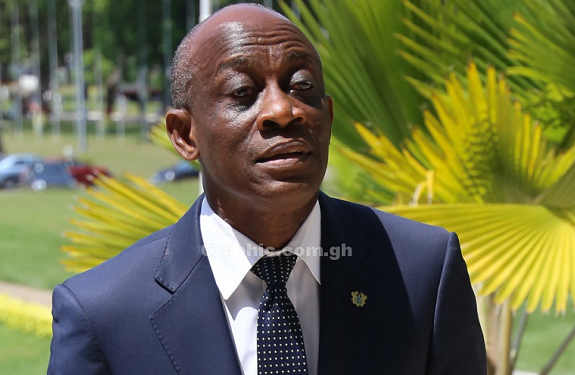 Former Minister of Finance, Mr Seth Terkper, has asked the government to use the mid-year review due to be presented to Parliament later this month to settle the controversy surrounding the GH¢7 billion arrears left behind by the National Democratic Congress (NDC) administration

insisting that allegations of outstanding arrears totalling GH¢7 billion were untrue, Mr Terkper said the entire figure was inflated and the presentation, alien to the definition of arrears, which is narrower than liabilities or commitments.

In an article to be published in the Thursday, July 5 edition of the Daily Graphic, the former Finance Minister further called on the Finance and Public Accounts Committees (PAC) of Parliament “to take up and investigate the changes made to the Budget and the Public Accounts for 2016.”

“In the context of the public financial management reforms, this has a different purpose from the adoption of ‘semi-accrual’ under the Ghana Integrated Financial Management Information System (GIFMIS) reforms,” he said.

As a result, he noted that “the minister must clarify the true position of arrears or commitments in the forthcoming mid-year review.

“The gradual shift to semi-accrual accounting is a structural measure that should not consist of capricious adjustments to the end-2016 provisional budget outturn alone — as repetitive debits (negatives) and credits (positives) designed to achieve political goals.”

After taking office in January 2017, some government officials had stated that the previous administration left behind arrears totalling GH¢7 billion.

As a result of the discovery of the arrears, the government said the 2016-year deficit was 6.5 per cent of gross domestic product (GDP).

At the time, Mr Terkper insisted that the figure was a misrepresentation and promised to track the treatment of the liability after the presentation of the 2017 Budget.

In the article, Mr Terkper said beyond the claims being false, the method used to offset it in the 2017 Budget was “inconsistent” with available fiscal tables and national budgets since 2000.

He argues in the piece that to get itself out of the bind, the Ministry of Finance appears to adopt a complex set-off in the budget and fiscal tables to make of GH¢5.3 billion neutral so it ceases to appear from 2017 onwards.

Mr Terkper stated that contrary to the view that the government was paying down the GH¢7 billion, it seems to implement a ‘plan of offsets’ to neutralise the figure in the 2017 Budget.

“This is simply financial engineering and amounts to either a retrogressive move to revert to the ‘cash’ basis and, hence, stem or delay the move to ‘semi-accrual’ accounting or buy time to settle the arrears gradually, with funds from sources, such as the ESLA (energy and roads), to avoid giving the credit to the NDC, as happened with the quiet payment of the balance of US$250 million from the Sinking Fund.”

The former minister also charged the Controller and Auditor-General to “show consistency in the matter, which is an important principle in accounting. “They must avoid undue discretion in the method used to prepare the budget and audited public accounts that presented to Parliament.

“Finally, we call on the Institute of Chartered Accountants, Ghana (ICAG) to assume its leadership role and complete the approval of the International Public Sector Accounting Standards (IPSAS) for use in the public sector and examine the ethical and professional grounds for some of the issues raised,” he added.