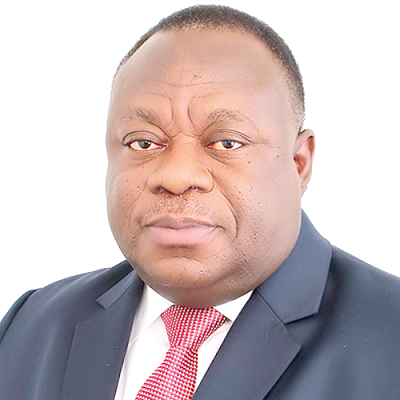 The government has made tax exemptions on capital gains on listed companies a permanent feature of the country’s fiscal regime.

The initiative was announced in the 2021 Budget Statement as part of efforts to make the local capital market more attractive to investors and the preferred investment destination in the sub region.

It brings to an end the five-year renewal ritual that the Ministry of Finance had been going through since the exemptions were instituted in 1990.

The renewals were to ensure that the gains made by investors in listed companies were not taxed.

In presenting the budget statement to Parliament on March 12, the Minister of Parliamentary Affairs and Majority Leader, Mr Osei Kyei-Mensah-Bonsu, said although the exemption was due to expire this year, it would be become permanent.

“The current Ghana tax exempt status on capital gains on listed securities will expire at the end of 2021. However, we believe that retaining it permanently will help increase investment and develop the market,” Mr Kyei-Mensah-Bonsu, who is the Caretaker Finance Minister, said.

An incentive for investors on the Ghana Stock Exchange (GSE), the tax exemptions on capital gains on listed companies was instituted in 1990, when the local bourse was first established.

It was subject to renewal after every five years until 2015 when it was not renewed, resulting in agitations among industry stakeholders.

The tax was subsequently reinstated in 2016 and was now due to elapse in December, this year.

The Majority Leader said the reinstatement of the tax exemptions five years ago encouraged investors, particularly local and retail ones, to actively participate in the market.

“In view of this positive development, the government has decided to make this tax-exempt initiative permanent,” the New Patriotic Party (NPP) Member of Parliament (MP) for Suame in the Ashanti Region said.

He said the initiative had, since its inception become critical “because it has attracted investment flows into the capital market and has made the market become competitive, especially in the African region where capital gains tax exemption is in place in many markets, including Nigeria.”

An investment and corporate finance expert, Ms Enyonam Dagadu, said the permanent nature of the tax was good for the market.

The Executive Director of Amber Securities, formerly of African Alliance Securities Ghana Limited, told the Daily Graphic  on March 21 that it was another avenue to give value to investors of firms listed on the GSE.

She expressed the hope that the initiative would help companies trading over the counter (OTC) to list on the GSE to help deepen the market.

Ms Dagadu said although the tax had never been collected since the exchange was established barely three decades ago, making it permanent meant that the Ministry of Finance would not have to go through the processes needed to secure a waiver for investors in listed firms.

That, she said, provided some assurance to such investors that their investments were safe from taxes, something she said could help bolster interest in share trading in the country.

The capital gains tax is mandatory under Chapter II, Section 96 of the Internal Revenue Act, (Act 592).

It requires people who sell or dispose of properties such as buildings, businesses and business assets, including goodwill, land and shares of a company (except those of listed on the GSE) to pay 15 per cent as capital gains tax to the state.

The tax also applies to people who own part of, or any rights or interests in, to, or over any of the assets referred to earlier.