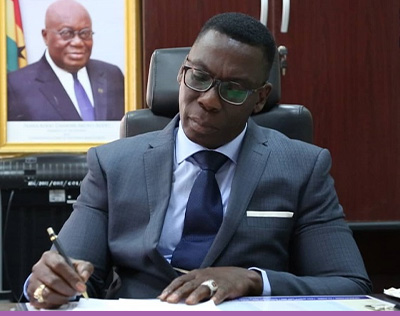 The National Insurance Commission (NIC) has cautioned banks and financial institutions which are not licensed by the commission to desist from serving as insurance intermediaries.

The commission has further charged them to stop soliciting fees, commissions, and or other remuneration from insurance companies in exchange for referring clients, customers or any other person whether individual or corporate to the insurer.

It has also asked them to desist from soliciting insurance business for the insurer, inviting another person or causing that person to be invited as a customer through an advertisement or otherwise; performing any other function of an agent assigned to that person by the insurer; and the performance of any other function with respect to insurance.

The insurance regulator in a public notice pointed out that the activities, for which fees, commissions and / or other remunerations were solicited and paid were the preserve of insurance intermediaries duly licensed by the National Insurance Commission (NIC) for that particular purpose.

It said the activities of these unlicensed institutions was, therefore, a breach of section 109 of the new Insurance Act, 2021 (Act 1061).

The commission further warned that unlicensed individuals or corporate bodies who continued to operate as insurance intermediaries were liable to a term of imprisonment of not less than two years and not more than five years.

It said these individuals and institutions were also liable to pay the Commission an administrative penalty of not less than 2,500 penalty units and not more than 10,000 penalty units if arrested.

The commission also cautioned all regulated entities who did business with these individuals and institutions to act appropriately.