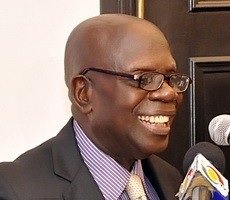 Standard Chartered Bank has pledged its commitment to place its technical capability and expertise in the area of Public Private Partnership (PPP) at the disposal of the government to enable it to effectively carry out its PPP policy.
The Board Chairman of the bank, Mr Ishmael Yamson, said “The shift towards a viable PPP arrangement is very welcome and indeed timely as it will help to seek new methods, new expertise and more importantly to tap into new sources of financing to accelerate infrastructure development in Ghana”.

Mr Yamson who made the pledge in the Chairman’s statement at the Annual general Meeting (AGM) of the bank in Accra last Thursday said the bank will, therefore, step up its dialogue and offer thought leadership with the relevant public agencies in that direction.

“Ghana has reached a point in its economic and social development where there is the need for massive injection of capital to improve infrastructure to raise the economy’s overall efficiency”, he said adding that “In this regard, there is growing acceptance that government alone can longer bear the burden of seeking and providing investment resources to expand the country’s infrastructure”.

The bank’s operational income went up from GhC217 million in 2011 to GhC282 million; Normalised earnings per share went down from GhC3.97 to GHC1.16; Total assets increased to GhC2,391 million in the year under review from GhC1,971 million in 2011 while Profit before tax also shot up to GhC170 million in 2012 from GhC114 million the previous year.

“Through our operating results, we are sending strong signals of our appetite and growth ambitions for Ghana”, he said adding that “Our long term view of Ghana’s prospects remains positive and we will continue to commit the necessary resources to ensure that Standard Chartered Bank plays an important role in Ghana’s economic evolutions”.

The Managing Director of the bank, Mr Kweku Bedu-Addo said the bank intends to replicate its achievement in the year under review in the coming years.

“The achievements of 2012 were against numerous odds and challenges that the financial industry encountered during the year”, he added.

According to me Bedu-Addo, “this means that over the last five years, the bank’s income has grown by a compound annual growth rate of 25 per cent while its pre-tax profits had grown by 40 per cent.

On the bank’s Consumer Banking performance, he said the transformation journey which started two years ago was beginning to yield good results.

“The business recorded very impressive growth in its core business during 2012, reflecting the benefits of deepening our relationships with existing clients, diversifying the sector exposure and continuously improving our cross-selling abilities”, he said.

Mr Bedu-Addo said although Ghana’s economy has experienced some stress during the first half of the year, the bank continues to take a long term view of the country and its prospects.

“The profit retention sends a clear signal to the market on our growth ambitions in Ghana”, he said.

On the back of the bank’s performance and in anticipation of future growth prospects, the board has approved a retention of Gh67 million as a statutory reserve from the 2012 profits to strengthen the capital base of the bank.

The Chief Executive Officer said the bank will, however keep a close eye on the key macroeconomic indicators and monitor the effects of any volatility that may arise.