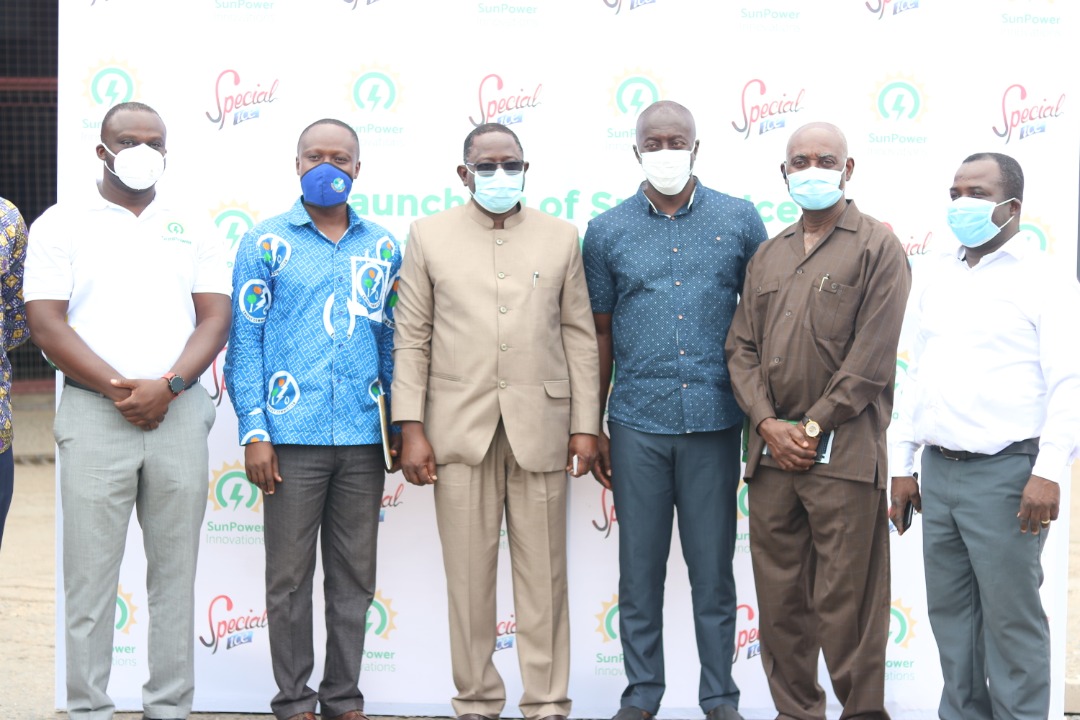 A mineral water producer, Special Ice Company Limited, is set to increase its usage of solar energy as part of efforts to reduce the company's spending on electricity.

The company started using electricity from solar at its factory near Ayi Mensah in the Greater Accra Region after the installation of a one-megawatt solar power system and is now convinced that the resource is the best bet in cutting down its electricity bill by 50 per cent.

Inauguration
The Managing Director (MD) of Special Ice Company Limited, Mr Kwadwo Danso-Dodoo, disclosed this at the inauguration of its one-megawatt solar power project on August 14.

The plant was built and installed by SunPower Innovations Limited.

Explaining the rationale behind the project, Mr Danso-Dodoo said the decision to move to solar at its factory was to help reduce the increasing energy costs that the company was saddled with.

"One of the main costs which we identified was very high on our production list is electricity; and so as part of our strategy, we decided on solar energy, which is cheaper compared to the supply from the national grid," he said.

Consequently, the MD explained that his office contracted SunPower Innovations Limited to build a one-megawatt solar system at its factory near Ayi Mensah.

He said estimates showed that the company would make about 50 per cent savings by using solar.

"The one-megawatt solar project is the first of its kind for a manufacturing company in the country and it is expected to help us make about 50 per cent savings," he added.

SunPower's contribution
The Chief Executive Officer (CEO) of SunPower Innovations Limited, Mr Ernest Amissah, said the project was expected to generate about 3,000 megawatts per hour of energy in a day.

He noted that SunPower Innovations Limited was playing its role to promote the use of solar in Ghana.

Moving forward, he observed that conscious efforts ought to be made to increase the utilisation of solar energy in the country.

“As a company, we believe that the environment is suitable for solar energy and the government is setting up the framework progressively and we are also trying to promote the use of solar,” he said.

SunPower Innovations Limited is an indigenous solar energy company that installs reliable, efficient and affordable solar power systems for residential and commercial businesses across the country.

Sanity in the industry
The Inspector in-charge of Renewable Energy at the Energy Commission, Mr Prosper Ahmed Amuquandoh, stated that renewable energy had an important role to play in Ghana's development.

As a result, he said the Energy Commission would support and promote stakeholders who would comply with its regulations.

"For those who do not want to comply, they will face the full rigours of the law to ensure that there is total sanity in the industry.

"I am fully confident that the Ministry of Energy, by its continuous support and presence here, is committed to doing its part. I also hope the service providers will do their part by complying with the regulations of the Energy Commission," he added.

The Minister of Energy, Mr John Peter Amewu, in a speech read on his behalf, observed that the government was pleased to see that private sector actors such as SunPower Innovations were playing an active role in the penetration and utilisation of renewable energy in Ghana.

"As you may be aware, it is the commitment of the government and the Ministry of Energy to promote the penetration of the renewable energy sources into the national energy mix.

"This action is in line with our commitment to the Paris Agreement on Climate Change, as well as the Sustainable Development Goals (SDGs)," he said.