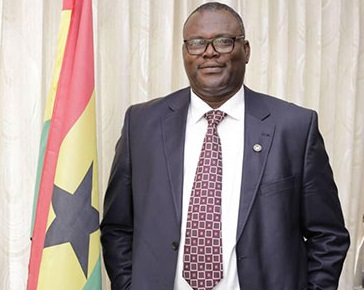 Plugging the gaping revenue leakages from the smuggling of gold by small-scale miners will boost the country’s fiscal revenue.

Almost $2 billion worth of gold is smuggled out annually by some small-scale miners to Dubai and India, making the country worse off, according to a Senior Lecturer at the University of Ghana, Dr Abdallah Ali-Nakyea.

He said in an interview with the Daily Graphic that about $6 billion of gold exported from Ghana to India and Dubai between 2013-2016 had not been reported, making the country lose revenue.

Dr Ali-Nakyea said the unreported exports were revealed by the countries that received the gold because they had systems in place that tracked all import transactions into those countries.

He provided statistics from Zauba Technologies and Data Services of India, which indicated that between January 2014 and January 2016, a total of 101,179 kg of gold, valued at $3.7 billion was shipped out of the country to India alone without going through the necessary processes.

Again, the African Centre for Energy Policy (ACEP) estimates illicit financial flow from illegal mining in Ghana in 2013 to be about $1.7 billion.

“This was revealed by these countries because they have systems in place to track all these transactions which Ghana does not have,” he said.

Dr Ali-Nakyea advised the government to adopt innovative ways of plugging the holes so that it could generate more revenue for development.

He, therefore, called for the need to check collusion among clearing agents, customs officials and revenue authorities.

The tax consultant also urged the government to keep a database of importers and exporters, which will be reviewed annually in a bid to “weed” out dubious persons engaged in trade mispricing.

“We need to design a real-time model that can monitor imports to avert trade mispricing,” he said.

“We have to further strengthen rules and regulations on transfer pricing as well as ring-fencing for the extractive industries as well,” he added.

The government, in its 2021 Budget Statement and Economic Policy, introduced a raft of taxes, including the financial sector levy, energy sector levy and the sanitation tax, in a bid to address revenue shortfalls.

But Dr Ali-Nakyea who is a tax lawyer insisted that the inherent revenue loss through illicit trading of the country’s gold by small-scale miners could have generated more than the new taxes that were introduced.

Many have accused mining companies of under-invoicing and illicit trade, leading to loss of revenues for the state.

However, the Chief Executive Officer (CEO) of the Ghana Chamber of Mines, Mr Sulemanu Koney, rejected the claims, saying producing members of the Chamber export their gold ore under very strict surveillance of the Customs Division of the Ghana Revenue Authority (GRA).

“From the gold room where the gold ore is poured at the mine site to where it is lifted by a chopper to the Kotoka International Airport and from where it is exported, there is always a customs official who checks, seals and signs off, attesting to the quantity of gold produced and exported,” Mr Koney said.

Mr Koney said at the point of export at the airport, the gold from the mining companies were assayed, authenticated and stamped at the assay facility of the Precious Minerals Marketing Company (PMMC) - the national assayer - prior to exportation. The resultant assay data is reconciled with the refinery returns of gold mining firms.

Mr Koney pointed out that the reported leakages could not be attributed to the established large-scale miners who were well regulated and closely monitored by the authorities.

“There is a transfer pricing desk at the GRA which receives annual reports from producing member companies of the Chamber, among others, on their relevant transactions, he added.

“In any case, mining companies of the Chamber do not export to India or Dubai,” Mr Koney stated.

“They are subject to strict monitoring and disclosure requirements by the stock markets to ensure that they do not bring the exchanges on which they are listed into disrepute through dubious and unethical business conduct,” Mr Koney said.

Analysts say since most of the small-scale miners operate illegally, they are likely to smuggle their gold ore rather than use the authorised export channels.

The reasons are not far-fetched. Among others, it enables them to evade the payment of tax on the profits made, the three per cent levy on gold exports as well as consumption taxes on their economic activities.

All of this is at the expense of the good fortunes of the country and the performance of the economy.