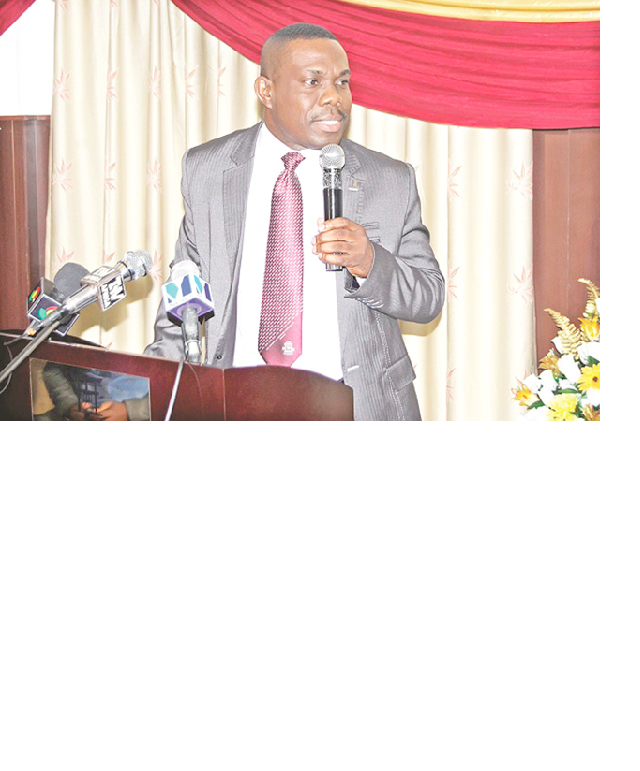 The Director-General of the Internal Audit Agency at the Presidency, Dr Eric Oduro Osae, has called for a review of some public sector systems to be able to deal with bribery in the country.

He said bribery seemed to be gradually becoming the order of the day.

“We also have to enforce our laws. I think some of the laws are not being enforced because the giver and the receiver are all guilty. When it comes to the issue of corruption, we target politicians. Now you see that this report has exposed public officers.

“We must make sure that public service laws are working. People must be named and shamed in addition to jailing people for engaging in corrupt activities,” he said in an interview with the Graphic Business on July 22, 2022.

Dr Osae was reacting to the 2021 maiden Ghana Integrity of Public Services Survey (GIPSS) report which was launched in Accra on July 21, 2022 that showed that almost GH¢5 billion was paid in cash as bribes to public officials last year.

He said if the country was able to plug the loopholes and reduce corrupt activities, there would be efficiency in the public service, people would access quality service and there would be value for money as far as salaries government was paying public workers wa concerned.

He said although it might not be intentional at times, some people held the view that they needed to grease palms before being served.

“We have to intensify education for people to know their rights to access to public services. Some people think that they have to part with some money even when they are not supposed to do that for public services,” he said.

We also need to do an education among the public officers to know that they being paid to render those services so they have no business collecting money for keeps,” he said.

According to him, it was necessary to improve supervision over the quality-of-service delivery by public officers.

He said if the law stated for instance that an individual’s license or land permit should be given to him or her within 30 days, it must be ready within that time or that public officer may have to be sanctioned.

“Once we allow the Performance Management Systems to work and sanctions regime also work at both ends, we will be able to achieve results.”

Dr Osae said there ought to be improved conditions of service for public officers and also give them the assurance that once a person started to work in public service, he or she had access to certain basic things that forced people to go and demand bribe and corrupt themselves.

Dr Osae recommended that when such reports came out the appropriate state institutions mandated to fight corruption must pick up the report and run with it.

“CHRAJ, Office of the Special Prosecutor, Economic and Organised Crime Office (EOCO), Financial Intelligence Center (FIC) and the police must pick it up and run with it. You can say that it is a perception but there is a thin line between perception and reality,” he said.

He added that state institutions must not allow only civil society organisations to complain about corruption in the public service.

The report, which is the first survey on the actual payment of bribes.

The cash bribes, it revealed, were equivalent to almost one-third of the 2021 budget of the Ministry of Education.

The Commission on Human Rights and Administrative Justice (CHRAJ) commissioned the survey, in collaboration with the Ghana Statistical Service (GSS), with support from the United Nations Office on Drugs and Crimes (UNODC).

The fieldwork involved a survey of 15,000 respondents, one of the biggest sample sizes, in both urban and rural areas of all regions of the country.

The report covered the scope of bribery, who takes bribes, how bribery works, gender dimensions, nepotism and vote buying in Ghana.