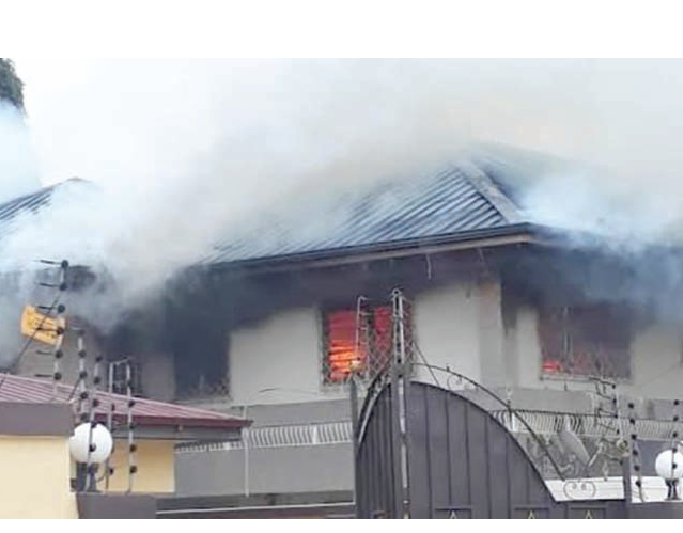 Many refuse to give the real value of their property for premium purposes
30.5k Shares

Frauds in these lines of insurance business are usually diverse, with severity ranging from slightly exaggerated claims to deliberately causing accidents, fire or damage of varying magnitudes.

Insurance fraud poses a great deal of challenge to insurers; hence relevant stakeholders often collaborate to nip it in the bud as they do not only negatively impact on insurers but to a large extent, directly affect innocent lives, mainly through accidents; leading to severe injuries or even death. Essentially, the “chief motive” in insurance crimes is financial profit.

From the foregoing, property insurance fraud may involve deceitful pretences or intentional deception to procure financial gain from the insurer of a property.

This fraud is often perpetrated by individuals or groups who are cognisant of the possibility of a loss to their property, either legitimately or otherwise. The following scenario typifies a property insurance fraud.

Mr Song, an entrepreneur, deals in imported oil paints and wooden doors in his a chain of retail stores across Accra, Kumasi and Tamale. Since 1989, when Mr Song started, he always took an insurance policy for his wares and dutifully paid his premiums.

The business flourished until sometime in 1996 when sales took a nosedive due to competition and his chain of stores started to be gutted by unexplained fires.

However, his insurance indemnity always got him back to business. Unfortunately, on one of the incidents, his insurer became suspicious of the causes and, therefore, decided to conduct thorough investigations.

The investigations established that Mr Song’s business in Accra, in particular, had not been profitable over the years and the wares were getting out of use; leading to ‘capital lock up.’

Mr Song, after several contemplations, decided to set each of his stores in Accra ablaze in order that he may be indemnified by his insurer.

Unfortunately, on one of the occasions, Kay, the night security at one of the stores in Accra had observed the modus operandi of his master. He consequently exposed Mr Song’s escapades. After several denials, Mr Song finally surrendered but insisted the previous infernos were genuine.

Clearly, Mr Song’s claim has been established as fraudulent. His insurers may ,therefore, have to take one or a multiple of several options including declining the claim, causing him to be blacklisted by other insurers, getting him arrested and prosecuted for fraud or a combination of all of these.

This type of fraud occurs when someone deliberately plans or invents a loss such as a collision, auto theft or fire that is covered by their insurance policy in order to receive payment for damage. Variety of reasons may ,therefore, be isolated. Those who commit insurance fraud view it as a low-risk but lucrative enterprise.

Compared to other crimes such as dealings in illicit drugs, court sentences for insurance fraud can be lenient so scammers may try to take advantage of the system.

Though insurers try to fight fraud, some still will pay suspicious claims since settling such claims is often cheaper than legal action. (Coalition Against Insurance Fraud, 2007).

Moreover, fraud may also occur when the amount insured is greater than the actual value of the property insured (over-insurance).

This condition can be very difficult to avoid, especially since some insurance providers sometimes encourage it indirectly in order to obtain greater premiums.

This allows fraudsters to make profits by destroying their property since the payment they receive from their insurers is often greater than the property they destroyed.

Insurance companies are also susceptible to fraud because false insurance claims can be made to appear like ordinary claims. This allows fraudsters to file claims for damage or accidents that never occurred, and so obtain payment with little or no initial cost.

Again, obtaining payment that is worth more than the value of the property destroyed may be a huge motivator. Arguably, the majority of property insurance crimes involve arson, as in the case of Mr Song.

The difficulty for evidence often arises from the fact that any evidence that a fire was started by arson is often destroyed by the fire itself.

In Ghana, speculations have been rife about some notable incidences of fire being the result of arson in order to “sell wares of property faster” through fictitious insurance claims.

Mr Song’s case is one of the many ‘hard to detect’ crimes perpetrated by some business owners and some well meaning members of society for business continuity.

But for the frequency of fire outbreaks and the expose by the security guard, the insurer may consistently be making losses through fraudulent claims payment to especially Mr Song.

Giving the number of claims received by insurers almost on a daily basis, it would not be feasible to completely avoid fraudulent claims. However, measures must be taken to ensure the immediate detection of fraudulent claims.

Claims may be verified by use of computerised statistical analysis system, background information from insurance agents and claim review and investigation by claims adjusters.

Going forward, it must be noted that arresting insurance fraud is a collective responsibility. The public may provide tips to insurers (e.g. Mr Song’s Security Guard, Kay’s experience), law enforcement and other organisations regarding particular insurance claims for further investigations.

Until next week, “This in insurance from the eyes of my mind”.