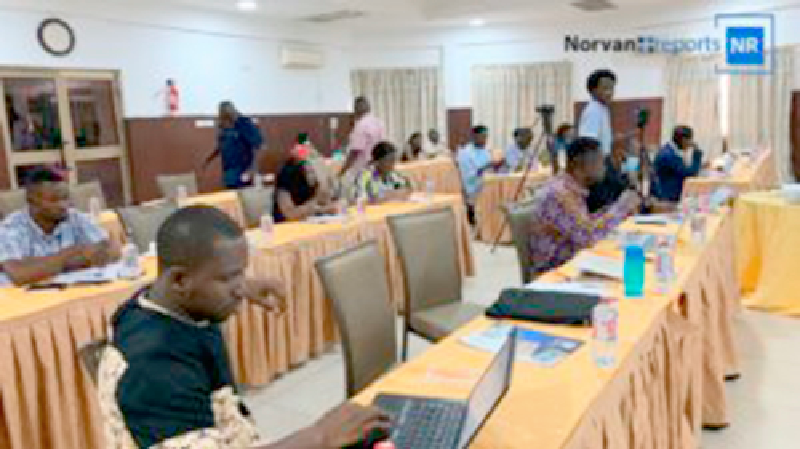 Participants in the forum
30.5k Shares

The government has been urged to prioritise investments in the energy sector in the 2023 Budget with a special focus on clean and renewable energy.

This is to help reduce the country’s over-reliance on fossil fuels and ensure a robust post-oil energy supply system to sustain the economy.

With a focus on energy and the extractive sector, the forum was to deliberate on the current economic challenges facing the country and for speakers provide recommendations for the 2023 budget.

He said the Petroleum Revenue Management (PRMA) Act (PRMA) contained 12 priority areas for investment for a period of three years.


“Given the dynamics with the transition to clean energy globally, it is imperative that the government begins to diversify into clean energy by investing in renewable energy development.

“To facilitate renewable energy development, we propose a prioritisation of clean energy as part of the priority areas to ensure a robust post-oil energy supply to the economy,” he said.

The effect, he said, had been a result of what he described as a “run-away inflation and a cost-of-living crisis” leading to agitations on the labour front and eroding of incomes.

Mr Gyeyir said for resource-rich countries like Ghana, resource revenues had been a source of relief as domestic tax revenues continue to underperform.

He said since 2015 when raw gas began to be processed, gas products like condensates, LPG and lean gas had often been taken off and either unpaid for, or payments not accounted for.

Even with the introduction of the Cash Waterfall Mechanism which was instituted to deal with this problem, total indebtedness in the sector still stands at $520.74 million as at half year 2022 according to the PIAC Semi-annual report.

Gas prices, he said, were determined by a pricing regulator, the Public Utilities Regulatory Commission (PURC) whose last price review took place some two months ago.

“The gas price set at the last review was US$6.08/mmBTU; about US$4 of this price is made of the commodity (gas) cost with the rest being service, regulatory and management fees and charges,” he said.