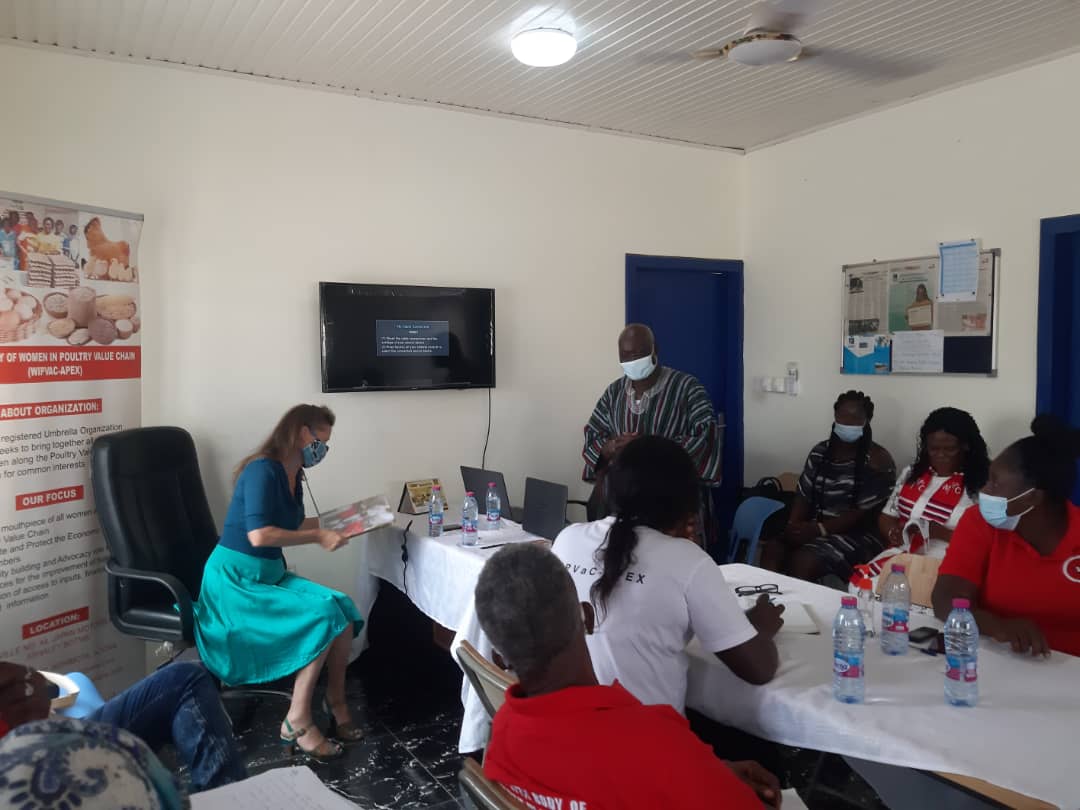 Poultry farmers have been cautioned to adhere to best poultry management practices on their farms to prevent the incidence and spread of avian influenza in the country.

A veterinarian, Dr Anthony Akunzule, said the psychological trauma of farmers losing their birds alone could disrupt their lives such that no amount of compensation would be enough.

Therefore, he said it was important for poultry farmers to adopt best practices to enable them to maximise returns on their investment.

“Although the impact of the flu at the moment is significant only on the individual farms and their employees, a further spread of the outbreak could have dire economic consequences for the industry, for jobs, and the entire Ghanaian economy,” he told some members of the Apex body of Women in Poultry Value Chain (WIPVaC) at a sensitisation training programme in Accra.

Read: Women in poultry trained on how to cushion their businesses

According to Dr Akunzule, most of the farms that recorded the avian influenza did not observe standards, were not properly constructed and had no bio-security measures.

He said another had an aviary attached to the fence of the poultry farm and the farm also had some sides of the fence  covered with tall trees which provided shelter to migratory birds.

“The impact on the industry will increase when people are not well informed and educated and they start avoiding chicken and eggs. Once they do that, there is going to be a loss to the industry as eggs and birds could pile up and go bad,” he stressed.

Consequently, he said the farmers would lose their investments.

“For people who took bank loans to stock their farms, the interests may pile up and they would find it difficult to fulfill their part of the obligation to their creditors,” he said.

He encouraged Ghanaians to continue patronising poultry products since all the affected birds had been destroyed, suggesting that people should boil their chicken and eggs well before eating them.

“But farmers are resilient, so we shall ride it out despite the challenges that are besetting us. We will ride it out, but we need the cooperation of everybody,” he added.

Veterinarian Without Borders (VWB) in collaboration with Ghana Poultry Network (GAPNET) and the Food and Agricultural Organisation’s (FAO) Emergency Centre for Transboundary Animal Disease (ECTAD) organised the half-day sensitisation training for members of WIPVaC as part of activities to create and intensify awareness of the avian influenza among players in the poultry industry.

It was also aimed at improving the poultry farmers understanding of some practices and activities that could contribute to the spread of the avian influenza on farms.

ECTAD is FAO’s corporate centre for the planning and delivery of veterinary assistance to FAO member countries as a response to threats of transboundary animal health crises.

Previously, VWB and GAPNET have done a lot of biosecurity trainings for poultry farmers in Nooka, Obodan, Winneba and Suhum among others since the outbreak of the bird flu.

Some members of WIPVaC lauded the FAO for the training and noted that the outbreak of avian influenza compounded the plight of the Ghanaian poultry sector.

They said the flu outbreak, coupled with the existing challenge of shortage and high cost of feed, constituted double jeopardy to the industry.

The first HPAI H5N1 outbreak was reported in April 2007 on a small–scale poultry farm at Kakasunanka, near Michel Camp, in the Tema Metropolis. Regions affected at the time were the Greater Accra, Volta and Brong Ahafo.

The recent virus was recorded in July 2021 and statistics from the Veterinary Services Directorate of the Ministry of Food and Agriculture (MOFA) show that about seven farms reported the avian flu outbreak from the Greater Accra, Volta, and Central regions, and more than 10,000 poultry birds had been lost to the outbreak in Ghana this time.