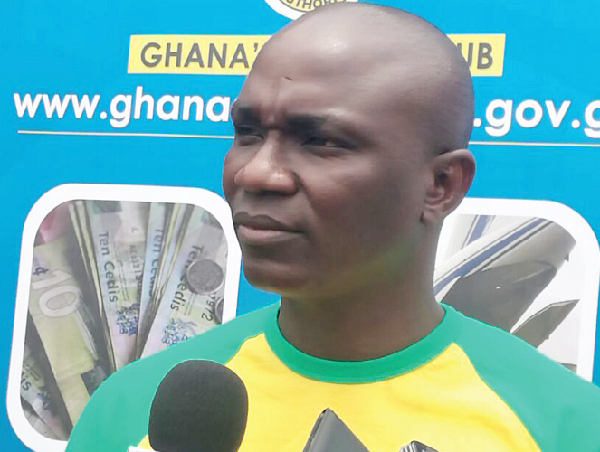 The use of the enhanced Pre-Arrival Assessment Reporting System (PAARS) at the country’s various ports of entry is expected to boost government revenue this year.

The PAARS, which allows importers to submit import documents for assessment and Customs Classification and Valuation Report (CCVR) issuance for clearance before the arrival of their cargo at the port, is expected to deliver improved service following the addition of some new features.

A Revenue Assistant at the Customs Division of the Ghana Revenue Authority (GRA), Mr Obideabah Hector, said the enhanced PAARS would result in the fast delivery of CCVRs, which  means that revenue inflows would also be improved.

At an enhancement training for importers and exporters on the system in Accra on Monday, he said the PAARs had chalked up a lot of successes over the year, and what the customs division was doing currently, was to make the CCVR very authentic and faster.

“Customs is a revenue mobilising agency. We want to be able to bring out the CCVRs on time. We also want to assist the clients since they are the ones who send the entries to us. We make it easy and we also deliver quickly and on time.”

“As we are able to get the CCVRs quickly then the revenue also comes quickly,” he said at the training organised by the Customs Division of the Ghana Revenue Authority (GRA), with support from Westblue Consulting Limited, implementers of the Ghana Single Window Project.

With the introduction of the system, the various stakeholders and clearing agents could now get their clearance documents processed in less than 48 hours to clear their goods at the ports.

A recent review of the system noticed a flaw in the way the clearance system was processing the valuation data being transmitted.

However, with the supervision of Customs and Ministry of Finance, this has been resolved and the country is expected to see improved revenue collections.

Although he would not divulge how much had accrued so far, he said the GRA had a target and the system would ensure that the revenue targets for the year are met.

Mr Obideabah explained that some of the challenges for importers with the system had to do with entering data for duplicate items, getting the correct net and gross weight for products being imported as well as packaging.

“Some of the enhanced features include the duplication button, where importers bringing in the same item but different unit prices and different packaging will just click on the item, and make the requisite changes,” he said.

He also educated importers on the difference between the net weight and the gross weight, and when they were supposed to key in any of them when filling the valuation forms.

Purpose of the seminar

“Mostly there are some errors that the clients do, so we are here to train them in it so when their Customs Classification and Valuation Report (CCVR) Status come, we can work on it quickly,” he said.

The introduction of the additional features in the systems was necessitated by flaws in the Ghana Customs Management System (GCMS), realised after a review of the system, with respect to the processing of the valuation data being transmitted by the importers and some mistakes when it comes to inputting data on the (PAARS).

The participants were schooled in the various new features of the system, after which feedback was taken from them. The enhanced PAARS system is scheduled to start in the first week of April.

“We are here to take feedback. Since they are the ones going to use it, they will also give us information because there might be things they would want us to add or subtract. We need to do all that before we deploy it. Once we are able to test that it is good, then we roll it out,” he said.