One year of port paperless system; Need to consolidate gains 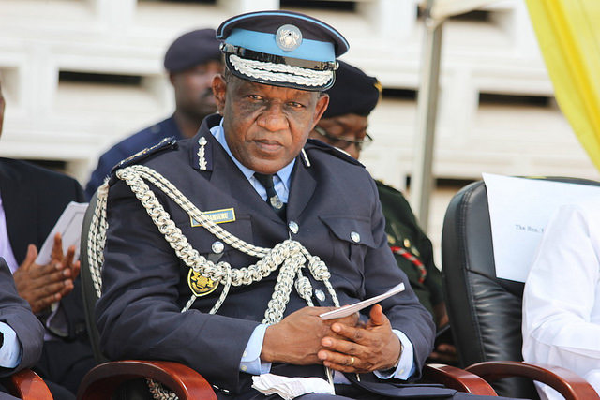 Doing business at the country’s seaports in the past was very daunting because of the bureaucracy associated with the handling of documents on imports in particular.

That was also one of the reasons why Ghana’s ranking on the Ease of Doing Business Index, as per a World Bank report, had remained consistently low.

Aside that, doing business at the ports some years ago was saddled with many corrupt practices because in the importer’s quest to break through the bureaucracy, the temptation to pay bribe and cut corners through various means was always high.

It was against this that the government in September 2017, as part of its desire to reduce the turnaround time at the ports, corruption and the bureaucracy at the ports, made a commitment to make all operations there paperless.

Since its inception, the initiative has yielded positive results because the Customs Division of the Ghana Revenue Authority (GRA) has improved on its revenue target for the past one year.

Addressing the 39th Council and Conference of the Port Managers of West and Central Africa (PMAWCA) in August this year, the Vice-President, Dr Mahamudu Bawumia, underlined some of the gains made so far with the introduction of the paperless clearance system.

He maintained that the implementation of the National Single Window, coupled with the paperless port initiative, was gradually yielding results to the admiration of importers and stakeholders.

Analysis of the Monthly Import Performance of the customs between 2015 and mid-year 2018 showed that the amount of revenue realised from imports has been increasing year-on-year.

The growth in revenue realised from imports over the period, he said, could largely be attributed to the strengthening of the Single Window System in 2015, when WestBlue Consulting was brought on-board to complement the efforts of GCNet, and the recent implementation of the paperless initiative.

Total import revenue realised for half year 2015 was GHȼ3.6 billion. This, however, increased to GHȼ4.3 billion by June 2016.

Aside the gains made in revenue, some players in the shipping business have also commended the achievement made with the system in relation to the goods clearance process.

For instance, they acknowledged that it had helped them to receive customs classification valuation report (CCVR) within 24 hours, compared to previously when it was three days.

The long room, which used to be an area for the payment of customs duty, has been scrapped, with the coming into force of the paperless system.

The President of the Ghana Union f Traders Association (GUTA), Dr Joseph Obeng, in an interview with the GRAPHIC BUSINESS on September 15, indicated that the removal of the long room had relieved imports from a huge burden.

He also praised the government for reducing the numerous agencies at the ports from 16 to three and directing them to undertake joint inspection.

For his part, the President of the Ghana Institute of Freight Forwarders (GIFF), Mr Kwabena Ofosu Appiah, scored the initiative 65 per cent for easing business transactions at the ports, although he maintained that there was room for further improvement.

Mr Appiah said the paperless system would have recorded 85 per cent performance rate if the compliance stage had been abolished when the system took off last year.

Challenges to be addressed

Like other initiatives, the paperless system came with its own challenges that needed to be addressed.

One of such challenges, the Assistant Revenue Officer of the GRA, Mr Simon Kwesi Kumah, identified at a seminar on September 4 was lack of sensitisation and training during implementation on the part of the implementing agencies.

He pointed out that the initiative was rushed and there was very little time for sensitisation and training.

“Stakeholder engagements were seriously rushed or in-adequate. Similarly, key players in the implementation were to a large extent deficient in the understanding of the required processes.”

Mr Kumah indicated that there was a disproportionate ratio in the number of Customs Examination officers as compared to those of other inspection agencies.

For instance, at the Golden Jubilee Terminal (GJT) where physical examinations mainly take place, there are 35 Customs examination officers as against eight inspection officers from the Ghana Standards Authority (GSA) and three from Food and Drugs Authority respectively.

On the average, a customs examination officer works on not less than 10 declarations a day, thereby overwhelming the performance of these two agencies, culminating in the slowdown of clearance flow.

To sustain the policy and further enhance trade facilitation, there is the need to augment the numerical strength of other agencies to complement that of customs.

The government should collaborate with the public and the private sectors to consolidate the gains made so far.

The challenges and problems associated with the paperless clearance process should receive serious attention from government to make the policy more effective. —GB