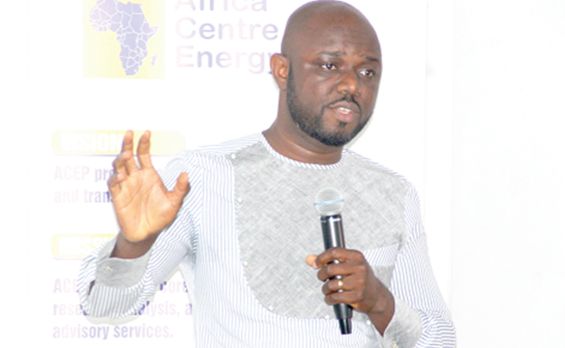 The recent fall in global crude oil price is a threat to the cash flow of oil companies and the revenue of oil-producing countries in Africa such as Ghana, the African Centre for Energy Policy (ACEP) has cautioned.

ACEP estimates that projection of oil revenues will experience a shortfall of between 40 to 55 per cent in oil-producing countries in Africa.

“Projected oil prices in the 2020 budgets of these countries are between $55 to $68 per barrel. Given the current global economic condition, effects of COVID-19 and Russia's quest to sustain oil price below the marginal cost of shale production, oil price recovery is expected to be in the region of $45 per barrel by the end of 2020. Therefore, the likely average oil price is estimated to be about $40 per barrel for the year,” ACEP said in a statement.

“This has severe implications for the budget, particularly physical infrastructure and debt servicing. In the 2020 budget, Ghana’s infrastructure development programme is heavily dependent on oil revenues; about 80 per cent of government’s domestic revenue for its capital budget was to be sourced from the Annual Budget Funding Amount (ABFA),” it said.

ACEP said its estimates showed that maximum allocation to the ABFA for the year in line with the Petroleum Revenue Management Act (PRMA) would significantly drop from $761 million to about $273 million, representing a shortfall of about 64 per cent.

It said the shortfall of $488 million could not be smoothened by the Ghana Stabilisation Fund (GSF) established by the PRMA. At a standing balance of $300 million, the maximum withdrawal from the GSF compliant with the PRMA will be about $243 million.

“Though this provides support and reduces the price shock on the ABFA component of the budget, the inadequacy of the GSF to offset the entire deficit exposes the failure of the capped balance of $300 million to provide enough support to the budget in periods of a quantum drop in oil price as being experienced currently,” it said.

ACEP noted that that was the second time the inadequacy of GSF had been exposed by oil price shocks since commercial oil production started in Ghana a decade ago.

The fall in oil price, which has been linked with the outbreak of COVID-19, has affected global economic growth and demand for oil, thus creating excess oil supply.

According to ACEP, the situation had worsened because the traditional geopolitical mechanics to check excess supply of oil had also failed to work.

“Historically, the major cartel, Organisation of Petroleum Exporting Countries (OPEC), and other large oil producers have managed oil market glut by cutting production to check falling prices. However, two important players, Saudi Arabia and Russia, who together supply about 22 per cent of global oil demand have failed to reach a deal on production cuts and are rather engaged in a price war,” it added.

As a result, ACEP said governments in Africa should ensure the transmission of the lower oil price to support industry and consumers of petroleum products.

“In Africa, the effect of the COVID-19 outbreak could be harsh for emerging SMEs and industries that are struggling to compete in the global space. Increased unemployment as a result of layoffs on the back the pandemic is possible to occur. In a low oil price era, the temptation for many countries could be to increase taxes on downstream consumption to offset the revenue losses upstream. This will be injurious to many businesses in Africa, particularly in the face of inadequate incentives and stimuli compared to the developed countries.

“A full transmission of the lower price of oil is, therefore, required for businesses and consumers in general to boost economic activity. This minimises production and service delivery costs to reduce the burden on consumers,” the statement said.

ACEP said a new budget that accounted for the extraordinary drop in oil prices was required for oil-producing countries in Africa.

“It is encouraging to see that Algeria has already recognised this fact and is preparing a supplementary budget that will help manage the effects of low oil price. This also recognises that a mid-term budget will be too late for many countries to accommodate the full effect of oil price drop and the impacts of COVID-19 outbreak on the national budget,” it said.

However, it said in future, governments must implement significant counter-cyclical mechanisms.

“An option will be for governments to have stabilisation funds with adequate buffer that is capable of smoothening significant shortfalls in the budget. Also, hedging portions of oil outputs will minimise the impacts of oil price volatility on national budgets,” the statement said.