Now not best time for loans 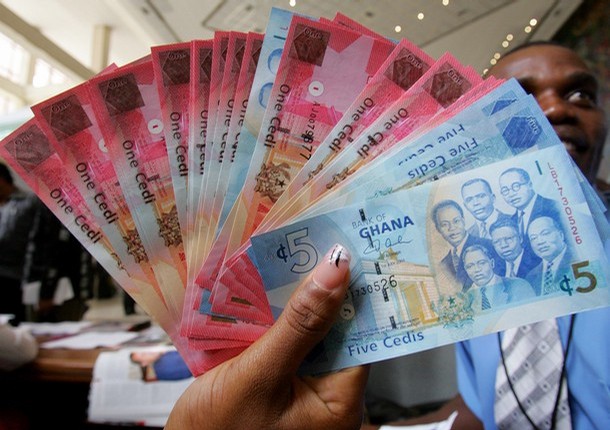 Take a personal loan now from any commercial bank and the borrower will be fleeced of a working life’s income.

This is because, despite the favourable and handsome profits made by the financial institutions in the country, the cost of borrowing is still high for the average Ghanaian.

This has got people talking and even for those who know the implications, some still go ahead to borrow   because of their dire need for cash.

Before the monthly inflation rates eased to their current single digits to prompt the Bank of Ghana (BoG) to lower its policy rate to a low 15 per cent, commercial banks and other lending institutions relied on the unstabilised nature of monetary policy indicators to hold on to their high lending rates.

The banks have led borrowers to conclude that a stabilised macro-economy encourages commercial banks to ease their ‘overkill rates’ to allow businesses to borrow and invest more.

The current stability in the economy is, however, causing many to regard the banks as being inimical to business growth.

After all, the commercial banks have failed to respond to the lowering of the BoG’s rate, not to mention even monthly inflation figures, improved reserves and a fairly improved exchange rate regime and a stable treasury bill rate.

Currently, the average interest on deposit by all the 24 banks operating in the country is less than nine per cent, while lending rates are as high as 29 per cent on the average, depending on the bank or the kind of financial institution you are doing business with.

Critics have described the phenomenon as a vile rip-off, arguing that the soaring interest rates mean that whilst the commercial banks are making unusually monumental profits, small-scale businesses which borrow money from the banks are struggling to survive.

Head of Research at Databank, Sampson Akligoh, said commercial banks have flexibility in the quality of loans they offer.

“We could see a facility with a fixed or flexible interest rates, and different terms; but it is not very common for the duration of a loan facility to be varied”.

“We should not see accessing loan facilities from banks as a begging position, and people must be fully aware of the options in the market. The challenge is that we do not have strong consumer protection agencies, but again the traditional structures are strong enough to get people to be compensated for unfair treatment by commercial banks”, Mr Akligoh said.

According to the Databank Research Head, the fiduciary responsibility means clients must know beforehand the nature of the facility prior to agreeing to it, such that anything that is at variance with the agreed terms become illegal and can be challenged.

The published quarterly report by the Bank of Ghana on interest rates and deposit rates in the newspapers exposes the business practices of companies and businesses that can, at best be described as “loan sharks”.

Until recently, the Monetary Policy Committee (MPC) of the Bank of Ghana had maintained a fairly stable prime rate-the reference interest rate used by the banks- and yet, on the ground, banks and other loan companies did not reflect this in their lending practices.

Analysts say the recent policy rate increase to 15 per cent was at the back of rising inflation, which according to the BOG “has pushed up the disinflation path further from the target in the horizon, and monetary policy needs to be vigilant to avoid a build-up in inflation expectations.

Most borrowers are often not aware of the financial implications if they are unable to service their loans.

Even though the banks, for example, generally admit that they are concerned about the effects of the high rates charged to customers on loans, they seem unprepared to do something about it.

The explanation given by the banks is that it is perfectly normal to charge a higher interest when you perceive an individual or institution to be a high-risk client.

This, of course, is purely on the basis of the economic theory of risk and reward- where you would expect a higher return for a risky project.

The argument is not that people should contract loans and not pay. It is far from that. The issue has more to do with the rate of interest charged that normally makes it practically impossible for people to pay back their loans, even with the best of intentions.

A lecturer at the University of Cape Coast Business School, Mr John Gatsi, describes the attitude of some commercial banks as inappropriate.

“ There is something hidden that they are not telling us, some of the time, there is no full disclosure in some of the things they do, somebody has to call them to order”, he said.

It is not that this has suddenly become a problem but it is because now people have become more aware of the official rates issued by the BOG, they have become amazed by the practices of their own banks.

The high lending rate has a multi-dimensional effect on the economy. Many people have ended up in debts because of the unscrupulous lending practices of some of these financial institutions. GB