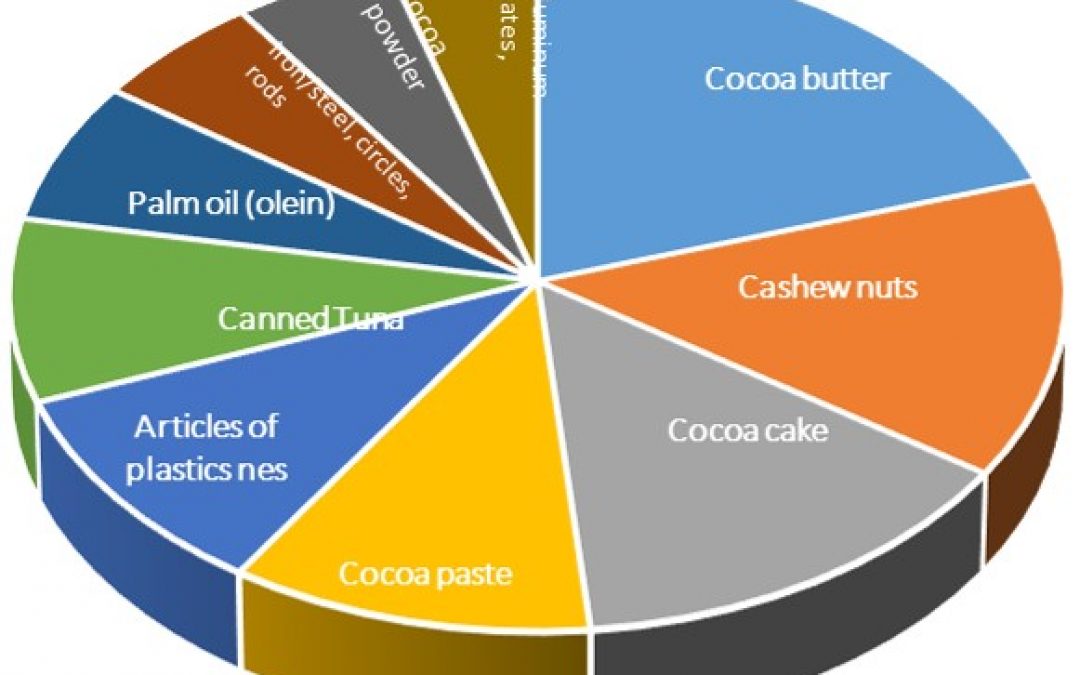 This represents an increase of 17 per cent.

The performance is associated with economic recovery post COVID-19 on global trade, which the World Trade Organisation (WTO) forecasted to expand with double-digit numbers.

The highest contributing subsector to the growth was processed and semi processed products which accounted for about 84.35 per cent of the exports while agricultural produce and industrial arts and crafts represented 14.2 per cent and 1. 35 per cent, respectively.

This was contained in a report on the analysis of the 2021 NTE statistics which was launched in Accra on July 5, 2022.

It noted that cocoa paste maintained its lead over cocoa butter as the highest earner with aluminium plates, sheets and coils as the lowest earner.

Cocoa paste, which is the biggest earner, contributed 14.89 per cent to the total NTEs while aluminium plates, sheets and coils contributed 2.73 per cent.

Cashew nuts was the only agricultural product that showed up in the top 10 leading products. The rest were all processed and semi processed products.

The report said in 2021, NTE products were exported to 152 countries within the European Union (EU), the United Kingdom and other developed countries, the Economic Community of West African States (ECOWAS), other African countries and emerging economies.

“The rest of Africa, other developed countries as well as emerging countries absorbed 1.59 per cent, 7.85 per cent, 21.67 per cent respectively, of NTEs,” the report said.

The Chief Executive Officer of the Ghana Export Promotion Authority (GEPA), Dr Afua Asabea Asare, noted that since the year 2017, Ghana’s NTEs has grown at an annual average rate of 7.07 per cent.

She said the remarkable performance of the NTE sector in 2021 over 2020 has been attributed to a number of factors – prominent among them being a general increase in demand for NTE products, expansions of capacities of major companies, adherence to protocols of the ECOWAS Trade Liberalisation Scheme (ETLS) by most member states, and relentless trade facilitation efforts by GEPA under the auspices of the Ministry of Trade and Industry.

“Sectors such as export, have emerged from this whole experience learning to push boundaries aggressively to sell what we have through virtual, creative or targeted promotional means,” she said.

Dr Asare said the GEPA, as part of efforts to achieve the National Export Development Strategy (NEDS) goal of $25.3billion by the year 2029, embarked on some initiatives.

These included the launch of the One Year Online Diploma in International Trade to enable exporters to scale up their knowledge base and enable them to compete favourably in international markets.

Also included was the launch of the GEPA Impact Hub which offers a fully equipped ultramodern information resource centre with 3 key partner organisations – Ghana Standards Authority, Food and Drugs Authority and Plant Protection & Regulatory Services Division of the Ministry of Food and Agriculture permanently within the same office space.