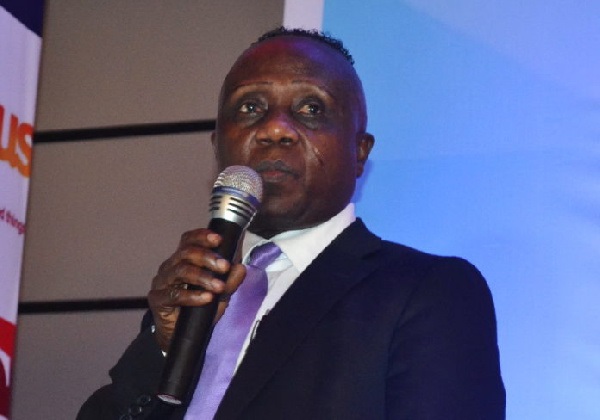 THE Institute of Economic Affairs (IEA) has said that a new approach is required to manage inflation in the country due to the strong supply and cost undercurrents.

The institute said the new approach required the Bank of Ghana and government working together rather than in separate silos or pigeon holes.

In a presentation titled “Rethinking inflation management in Ghana in the wake of COVID-19 and Russia-Ukraine war,” the Director of Research at the IEA, Dr John Kwakye, said the BoG and government should work together to achieve the common national goal of finding a durable solution to inflation.

“Indeed, with many other central banks equally struggling to contain the current type of inflation—and many considering targeted interventions, including subsidies, the COVID-19 and the Russia-Ukraine war may have already triggered a rethinking of monetary policy and inflation management not only in Ghana but globally,” he stated.

He said mitigating the current inflation called for interventions in respect of food and fuel, especially.

For food, he said it was necessary to augment supply, including accessing the ECOWAS strategic stock, importing some food items and banning the exportation of essential items.

“Further, the government should consider providing a temporary subsidy on staples such as maize, rice and bread to ease the burden on low-income consumers.

“Even the IMF, which is known not to be a fan of subsidies, has called on governments to provide food subsidies for their citizens,” he stated.

He also urged the BoG to continue keeping the monetary policy as tight as necessary to dampen potential demand pressures from fiscal policy impulses as well as counter second-round effects that could emanate from supply shocks.

“To deal with inflation over the long-term, we suggest a mixed or hybrid approach. This is a combination of the inflation targeting approach which, for want of a better name, we call the “macro-approach” to the extent that it targets the entire headline inflation—with an approach that directly targets the persistent supply or cost components of the Consumer Price Inflation, which we refer to as the “micro-approach. We wish to emphasise that what we are proposing is a pragmatic rather than an ideological approach to resolving what has become a perennial national problem. What we all want is what works for Ghana,” he explained.

A visiting scholar at the institute, Professor Alexander Bilson Darku, said the inflation statistics and figures showed that the poor and underprivileged bore the brunt of inflation in society more than others.

The Central Bank, he said, therefore, had to focus on solutions geared at relieving these people from further worsening of the standard of living.

Inflation targeting, though beneficial, needed to be revisited and amended to suit the peculiar conditions faced in the country for it to achieve the desired goals.

On fuel, Dr Kwakye urged the government to use part of the windfall from the surge in crude oil prices on the international market to cushion Ghanaians at the pumps.

With prices of petroleum products being a major driver of inflation in the country, he said such a move would help control inflation and bring it to sustainable levels.

As a net exporter of oil, the government in the 2022 budget set the benchmark crude oil price for the year at $61.23 per barrel.

However, due to the Russia/Ukraine war, crude oil prices on the international market has risen to above $100 per barrel, which means the government will rake in more revenue in excess of what it projected to receive.

With Ghana also being an importer of finished petroleum products, the rise in crude oil prices has affected fuel prices at the pumps, which has led to inflation rising to 27.6 per cent in May 2022.

Dr Kwakye, therefore, urged the government to use part of the increased revenue from the sale of crude oil to mitigate the pressure on citizens, occasioned by the expected increases in ex-pump price

He also urged the government to use this opportunity to reduce and scrap some of the taxes on the importation of petroleum products, some of which were introduced at a time when crude oil prices were low.

The President of the Association of Ghana Industries (AGI), Dr Humphrey Ayim Darke, stressed on the need for the country to improve upon the value chain of agricultural products in the country.

He stated that there was the need for industries in the countries to be revamped to process more of products grown in the country to improve upon the value of these products.

That, he said, would go a long way to bridge currency value gap and improve upon the value of the cedi against other currencies.