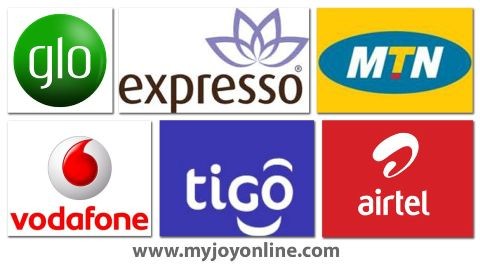 The telecommunication industry regulator, the National Communications Authority (NCA), has slapped a total of Gh¢1 million fines on all the six telecom companies in the country for their inability to meet the required Quality of Service (QoS) standards for the months of March and April, this year.

MTN, the market leader in the industry, suffered the heaviest fine as it was sanctioned to pay GH¢350,000.00 for defaulting call congestion and call setup time obligations in the Greater Accra, Upper East, Upper West and Northern regions.

Its offence was for defaulting call setup time obligation in the Western and Greater Accra regions as well as call congestion obligation in Upper East, Upper West and Northern regions.

Expresso, the smallest of the six in terms of market share was sanctioned Gh¢200, 000.00 for defaulting call congestion obligations in Western, Upper West, Upper East and Northern regions.

Glo, the latest entrant to the industry was sanctioned to pay GH¢100, 000.00 for defaulting call setup time and call completion obligations in the Brong Ahafo Region.

The test was conducted in March and April, 2013, to ensure the compliance of mobile service providers on their quality of Service obligations to users.

According to the NCA, following the test, all operators were found to be in compliance in tested cities and towns in Greater Accra and the three northern regions in April, with regard to the signaling congestion threshold of less than one per cent.

The regulator said Airtel was the only network that was compliant with call setup time of less than 10 seconds in all cities and towns tested in March and April.

Tests conducted on the call congestion threshold of less than one per cent showed that the only network operating within the set threshold in all localities with the same period was Vodafone.

For the month of April, all operators, again, were all compliant with the call drop license threshold of less than three per cent in all localities tested in April.

Much as the sanctions on the telcos have been hailed as a measure to keep them on their toes to give their customers value for money, there is the argument about how the customers who suffered such poor QoS are to benefit from the fines.

The Network of Communications Reporters (NCR), for instance, asked the NCA in a release last week to find ways of ensuring that the customers who suffered the poor services benefit from the fines.

Some customers of the telcos on the other hand have expressed grave misgivings about the actions of the NCA, describing it as a “cheap way of making money” at their expense.