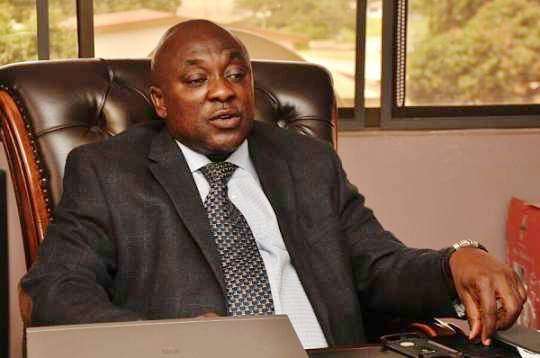 The government says it will review the National Export Strategy (NES) into a more viable policy to improve the country’s export trade and proceeds.

The review would mainly borders on the incorporation of the government’s vision for export trade into the existing strategy in order to increase earnings from exports.

The Deputy Minister of Trade and Industry, Mr Carlos Ahenkora, who disclosed this at a retreat by the Ghana Export Promotion Authority (GEPA) last Saturday in Peduasi, near Aburi in the Eastern Region, said the government would partner stakeholders in the export trade business to carry out the review.

“As a government, we have our own strategic plan for the export sector; therefore at the appropriate time we will try and combine it with the NES to improve the export trade business in Ghana,” he said.

Mr Ahenkora said the government saw the NES as an important initiative but it was necessary to develop it into a more general strategic plan for it to drive industrialisation.

He stated: “We do not intend to review only the NES, but also we are looking at reviewing the African Growth and Opportunity Act (AGOA) strategy, ECOWAS Common External Tariff and other trade initiatives to get a strong strategic document to improve the country’s export trade.”

The retreat was to help the GEPA to initiate a consultative process on avenues of support from partners in the export trade business, development of an annual action plan and redesigning of various value chains.

It also identified some key priorities and actions needed to enable the planning of a streamlined and cost-effective service proposition for the authority.

The Chief Executive Officer of the GEPA, Ms Gifty Kekeli Klenam, said the consultations had become necessary to equip the authority with the needed impetus for the implementation of the NES.

“This meeting could not have been organised at an opportune time than now, a period that has seen GEPA’s mandate diluted and its contribution not often recognised,” she said.

She stated that the authority over the years suffered from challenges in marketing which had resulted in the dwindling of the country’s export fortunes.

In August 2013, the government launched the NES aimed at raising the level of export proceeds from the Non-Traditional Export (NTEs) to $5 billion by 2019.

The strategy was also expected to lift NTEs by 35 per cent within the next five years.

The strategy has four planned strategic outputs, which include reduced impediments, uncertainties, risks and costs in production and conducting export business.

It also aims to promote enhanced export value chain infrastructure and support services delivery capacity of GEPA, as well as to promote export produce production in metropolitan, municipal and district assemblies in that every district will be able to develop at least one significant export product, preferably from the Priority Product List of the strategy.

The NES will also strengthen and expand institutional capacity for export-oriented human capital and resource development to enable exporters to stay abreast of modern trends, best practices and demands of the contemporary international market.