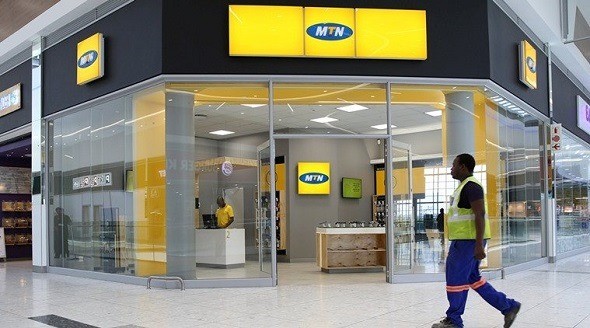 With COVID 19 restructuring the way the Ghanaian economy operates, it was only to be expected that MTN Ghana will innovate to improve customer experience and operational efficiency.

This has shown up vividly in the company’s financial performance results for the 2021 financial year in the form of bigger assets and an even better utilisation of assets.

MTN Ghana’s status as a household brand derives not just from its sheer size compared to the rest of corporate Ghana, but even more importantly from its ability to do new things, do old things in new ways and do both in much smarter ways than other companies do.

The Significant Market Player (SMP) classification by the National Communications Authority suggests that MTN’s biggest market advantage is its price competitiveness arising out of its dominance with regard to market share, which its critics describe as predatory pricing while its admirers call it economies of scale.

A critical analysis of the numbers posted by MTN in 2021 shows that the telecoms company had to contend with slowing growth in customer base.

Ultimately, by eking out more usage of its products and services on average by its customers, MTN has been able to increase its gross revenues much faster than its customer base grew; and by stepping up its already vaunted operational efficiency, its net income grew faster still, much to the glee of its shareholders, which comprise more retail equity investors than any other company in Ghana.

In fact, MTN added one million more subscribers in 2021 to reach a total of 25.4 million by year’s end. This was less than a quarter of the 4.6 million new subscribers it added on in 2020.

However, the company still managed to increase its service revenue (which excludes SIM card sales and sale of equipment such as phone handsets) by 28.5 per cent to GH¢7.7 billion.

Just as instructively, its EBITDA (Earnings before Interest, Taxes, Depreciation and Amortisation) margin expanded by 2.3 per cent to reach 55 per cent, which meant a wider gross profit margin than hitherto, while net profits grew strongly too by 43.5 per cent to GH¢2 billion.

Most of the slowdown in subscriber growth had been widely anticipated, particularly for the well-mature voice telephony market, which was accompanied by a slower revenue growth too, from 8.1 per cent in 2020 to 4.9 per cent in 2021.

There were surprises too. Growth in data subscribers has been one of the biggest drivers of MTN’s growth <\a> alongside Mobile Money <\a> but in 2021 the net increase in data customers was just 1.6 million, well below the 2.6 million net customer add-ons in 2020, bringing the total number to 12.4 million active data [i] users.

This was made possible by a combination of commercial interventions, network improvements, changes in consumer usage behaviour and increased smartphones on the network.

Here, growth has been spread across business and household customers. MTN reported 31 per cent growth in business enterprise revenue in 2021 as entrepreneurs and the business class turned to digitalisation, a trend that has extended all the way down to SMEs.

It is instructive that last year 10,000 new home connections were made to the MTN network using Fibre to Home (FTTH), and the total number of connected Turbonet devices rose to 129,000, accounting for 53 per cent of all home connected devices.

The slowdown in MoMo users’ growth was even more marked, with only 400,000 net additions to the customer base in 2021, down from 1.5 million net additions in the previous year, but just like with data, MTN eked faster revenue growth out of slower customer growth.

In 2021 MTN saw a 56.3 per cent growth in person to person transactions and advanced services.

The company’s financing position was also improved, enabling net financing costs to fall by 18.3 per cent to GH¢365 million.

Most instructively, 2021’s performance suggests that a “new normal” has been achieved by MTN with regard to its financial performance; the arrival of COVID 19 in 2020 dramatically accelerated the digitalisation process in Ghana but left industry analysts and investors alike unsure as to the sustainability of the resultant revenue surge MTN and its main competitors enjoyed in that year.

The 2021 performance has confirmed that even though growth in the customer base may not be sustained as the pandemic recedes, MTN’s astute products and services design and roll out are getting customers to use them with ever increasing intensity.

Coupled with this have been major improvements in operational and financial efficiency which have allowed net income to grow nearly twice as fast as gross income.
Of course this has come at great cost <\a> in 2021 alone MTN spent GH¢1,216 million in capital expenditure on network expansion and upgrade, this being 15.7 per cent more than the GH¢858 million in CAPEX spent during 2020.

The increases in both EBIDTA and net income margins prove this to be money well spent. Indeed, MTN’s shareholders do not have to be rocket scientists to see this.

For 2021 they have enjoyed a 43.8 per cent increase in both earnings per share and dividends per share to 16.3 pesewas and 11.5 pesewas respectively, a situation made even better for them by MTN’s generous 60 per cent dividend payout ratio target, which it still manages to exceed regularly.

Ultimately then, the biggest Initial Public Offer ever done on the Ghana Stock Exchange <\a> back in 2018 <\a> is proving to also be the best.