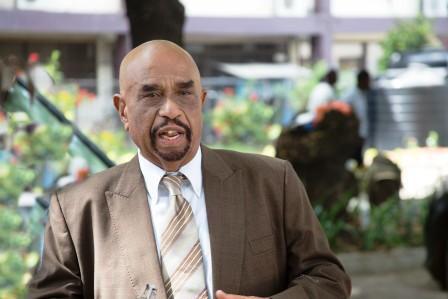 As part of its 50th-anniversary milestone in the country, car battery manufacturers, MED Energy Battery has launched its biggest ultimate sale promotion.

The Chief Executive Officer of Annewetey Auto Parts Mustapha Annewetey Snr. believes the continuous stay of MED batteries in the country for over 50 years attests to its durability.

He stated in a press release from his outfit’s Communication Department that: “Our batteries last an average of two and a half to three years and most go even longer than that.

“Quality products can help you save money because you don’t have to keep spending money on the same things again and again. So we are launching our biggest battery promotion in 50 years.”

The release added that: “MED Energy Batteries from Italy are maintenance-free, with an average lifespan of two and a half to three years. They are manufactured with Hybrid technology cast plates to give your car a clean a quicker start every time.

“Package Includes: Installation, Battery and Charging System Diagnostics and After Sales Service for the life of the battery. It is 25% off promo with one year warranty with free after sales service.

“We have all kinds of plates and headquartered opposite Kingdom Books on the La Road".

MED Energy Battery has proven to be a force to reckon with in the auto-market, having lived by its accolade as a long-lasting product from Italy.

Its long lifespan of two to three years and some months depending on its usage negates the popular notion that the maximum life span for car batteries is just a year or less.