Investors advised to diversify investments in 2017 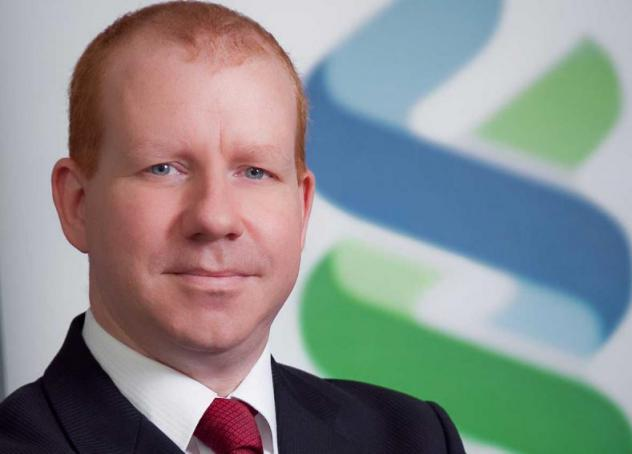 The Chief Investment Strategist of the Standard Chartered Group Wealth Management Advisory and Strategy Team, Mr Steve Brice, has urged investors to adopt a balanced style approach to investing in 2017.

He said this would help balance the risk and returns as investments would be divided between equities and fixed-income securities.“Three years ago, it was advisable to invest in equities that were doing well, but today, it’s harder to judge so a balanced approach is really important,” he stated.Mr Brice, who was on a visit to Ghana, said this in an interaction with the media last Wednesday in Accra.He said investing in various financial instruments would ensure that at a time that one was not doing well, you would get the other to offset it.Real challenge in 2017He said the real challenge for investors in 2017 would be if inflation pressures started to build up strongly.Using bonds and equities as examples, he said both of them would perform poorly in such an environment and, therefore, cautioned investors to be wary of such an outcome.He said investors could mitigate the risks by keeping their bond allocations fairly short in terms of maturity profile.“You don’t buy a 30-year US treasury bond because that will be damaging,” he stated.Mr Brice also pointed out Gold as one of the commodities to invest in such an environment.He, however, cautioned investors to keep just about five to seven per cent of their investments in Gold because it was not an income-generating asset.Oil pricesTouching on oil prices, the Chief Investment Officer said he was looking at 45 to 50 dollars per barrel for the rest of this year and the beginning of next year.“As we go through next year, we expect it to pick up so we are looking at 65 dollars per barrel by the first half of next year,” he said.“We have been in deficit in terms of supply and demand sometimes this year but we think we will continuously be in deficit next year and that should increase oil prices. The demand supply balance will be moving more in favour of oil,” he noted.Global investment environmentMr Brice, sharing his views on the global environment, said the next three months would see a bit of tug of war within the financial markets, particularly the equity markets.He said the tug of war was between two factors which are the event risks, which included the just-ended US elections, the Italian constitutional referendum, banking sector challenges in Europe, and the potential for US to hike interest rates in December.He pointed out that there was a 30 per cent probability of a recession in the US in the next 12 months.“We are late in the economic cycle stage. Normally, a cycle is seven years and we are 7/8 years from the last recession so the question is, when will we see the recession coming in again?” he asked.Wealth management teamThe Standard Chartered Group Wealth Management Advisory and Strategy Team are currently in Ghana to meet with selected clients, staff and other stakeholders.The team has extensive experience in global financial economies and financial investment advisory strategy over 20 years.