Ghana's year-on-year inflation surged to 50.3 per cent in November, up from 40.4 per cent in October, the Ghana Statistical Service announced today (Wednesday, December 14, 2022).

This is the 18th consecutive time the inflation rate which indicates the annual change in the prices of goods and services has increased.

Last month’s inflation was driven by the housing, water, electricity, gas and other fuels division which recorded an inflation rate of 79.1 per cent. 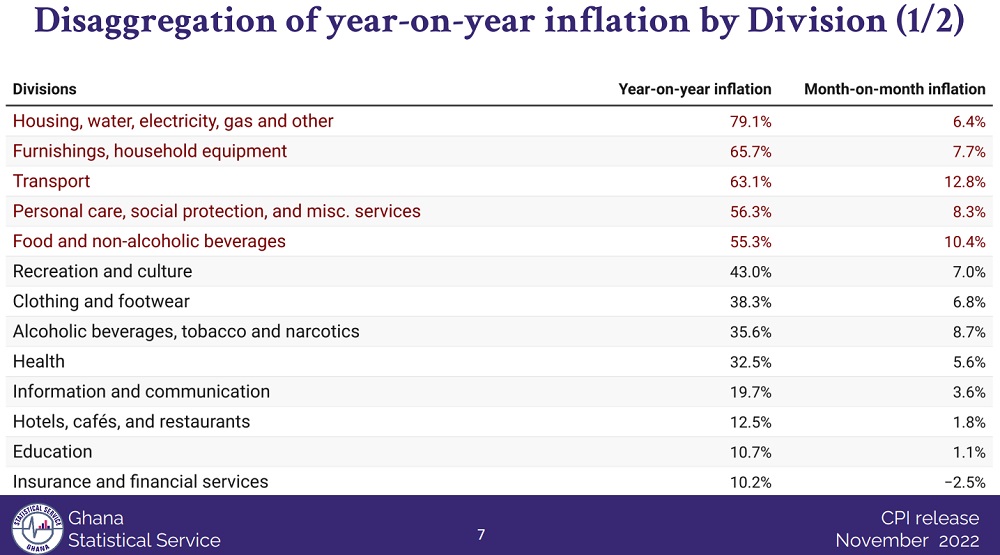 The insurance and financial services division recorded the lowest inflation rate of 10.2 per cent for the month.

The latest inflation figures were announced by the Government Statistician, Professor Samuel Kobina Annim a day after Ghana secured a staff-level agreement with the International Monetary Fund on economic policies and reforms to be supported by a new three-year arrangement under an Extended Credit Facility (ECF) of about US$3 billion.