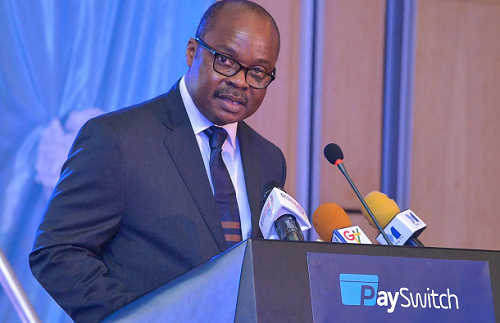 The Bank of Ghana (BoG) has expressed concern about the continuous “sluggishness in new lending by banks,” stating that the development risked undermining the growth momentum currently enjoyed by the economy.

In a statement issued on July 26 to announce the decision of the Monetary Policy Committee (MPC), the bank said the lag in credit disbursement in the first half of the year was caused by the uncertainties in the business environment and the “very high yields offered on the government securities due to increased government borrowing.”

It said while private sector credit growth moderate to 6.8 per cent in June 2021 compared with a growth of 14.2 per cent a year ago, investments in government securities rose by 28.8 per cent within the same period, indicating the growing preference of lenders to lock up in risk-free government instruments.

The central bank added that while the banking sector had remained solvent, liquid, profitable and well-capitalised, its ability to support private sector growth and the economic recovery agenda drive in 2021 had weakened due to a moderation in credit disbursement.

It explained that gross advances recorded “sluggish annual growth of 5.7 per cent, relative to 15.7 per cent growth in the same period of 2020. Similarly, private sector credit growth has remained sluggish over the past year, broadly reflecting the heightened credit risks associated with the Covid-19 pandemic.”

It, however, stated that investments in government securities enjoyed a “strong growth of 28.8 per cent to GH¢75.7 billion” in the period under review.

The statement noted that the development was worrying as it was “likely to delay recovery of the economy.”

The economy grew at 3.1 per cent in the first quarter, buoyed by strong growth in non-oil GDP. The government aims to expand the economy by five per cent this year from the 0.4 per cent growth rate posted in 2020.

The MPC statement added that the sluggish nature of credit disbursement also risked discouraging banks from strengthening their credit underwriting processes, necessary to manage credit risks from lending to underserved sectors of the economy.

“The growth rebound, which began in the last quarter of 2020, has continued into the first half of 2021. However, the MPC was concerned about the continued sluggishness in new lending by banks, which could undermine the growth momentum.”

“This slow growth in lending reflects increased credit risks on account of uncertainties in the business environment due to the impact of COVID-19 pandemic on the real sector, coupled with very high yields offered on government securities due to increased government borrowing. This crowding-out effect continues to keep the credit to gross domestic product (GDP) gap below the long-term trend and is likely to delay recovery of the economy and discourage banks from strengthening their credit underwriting processes to manage credit risks from lending to underserved sectors of the economy,” the committee, which is chaired by BoG’s Governor, Dr Ernest Addison, said.

It said yields on the 364-day instrument also softened to 16.3 per cent from 16.9 per cent over the same comparative period.