Govt to save US$3bn from gold for oil policy 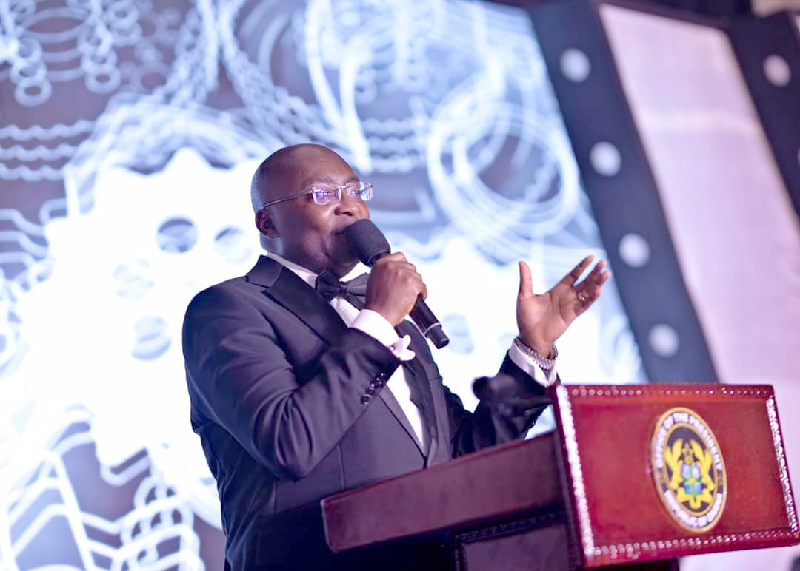 THE government is projecting to save about US$3 billion in foreign exchange yearly from the proposed policy which seeks to acquire oil products in exchange for gold, the Vice-President, Dr Mahamudu Bawumia, has said.

He explained that the policy which would be implemented in the first quarter of next year could also relieve some inflationary pressure on the cedi.

“So we will be saving US$3 billion from the lack of demand from the Bank of Ghana (BoG) for foreign exchange. This reduces the pressure on the cedi immediately and, therefore, you will see much, much lower depreciation of the currency,” the Vice-President said at the 11th Association of Ghana Industries (AGI) Ghana Industry and Quality Awards in Accra.

Dr Bawumia stated that the move would effectively lower the depreciation of the local currency by ushering in a more stable exchange rate regime to enable the business community to flourish.

He said the import reliant nature of the economy, particularly for finished petroleum products, accelerated depreciation of the cedi and increased cost of doing business and cost of living.

He said since independence, the country had accumulated just eight tonnes of gold despite being one of the world’s leading producers of the precious yellow metal.

Against this backdrop, the Vice-President said the policy would require large gold mining companies to sell at least 20 per cent of their gold to the central bank in domestic currency.

All other miners, including community mining schemes and small-scale miners, will also be mandated to sell their gold to the Precious Minerals Company beginning the first quarter of 2023.

Domestic purchase of the precious metal is to enable the government to accumulate substantial gold reserves for the barter policy.

Dr Bawumia said the barter policy was to correct a problem in the economy, contrary to claims that the government was against the use of the United States Dollar in international transactions.

“We are not on any mission against the use of the United States Dollar in international transactions. In fact, we want to accumulate more dollars in our reserves.

“We have a specific issue to deal with oil import and the nexus between those oil imports and the prices of fuel, transport, food and utilities, and that is essentially what we are targeting to exchange our gold for oil,” he clarified.

Most importantly, the move is to insulate domestic industries from persistent depreciation of the cedi which also affects the cost of doing business and cost of living.

The domestic currency has depreciated by over 53 per cent this year, one of its worst performances in history.

“Exchange rate losses continue to rise and we can only hope that the measures being put in place will give us a glimmer of hope and some recovery within next year.

“While we acknowledge that a number of the current challenges emanate from external shocks, over which we have little control, we urge the government to expedite the announced measures so we can all smile again,” he said.

The awards were bestowed on nearly 40 companies at the 11th AGI Ghana Industry and Quality Awards in recognition of their ability to distinguish themselves in the various areas of operation in the midst of difficult times.

This year’s event which was on the theme: “Leveraging public-private collaborations to facilitate business recovery,” saw Kasapreko Company Limited walk away with the coveted Industrial Company of the Year.

It is an initiative of the AGI, in partnership with the Ministry of Trade and Industry (MoTI) and Ghana Standards Authority (GSA).