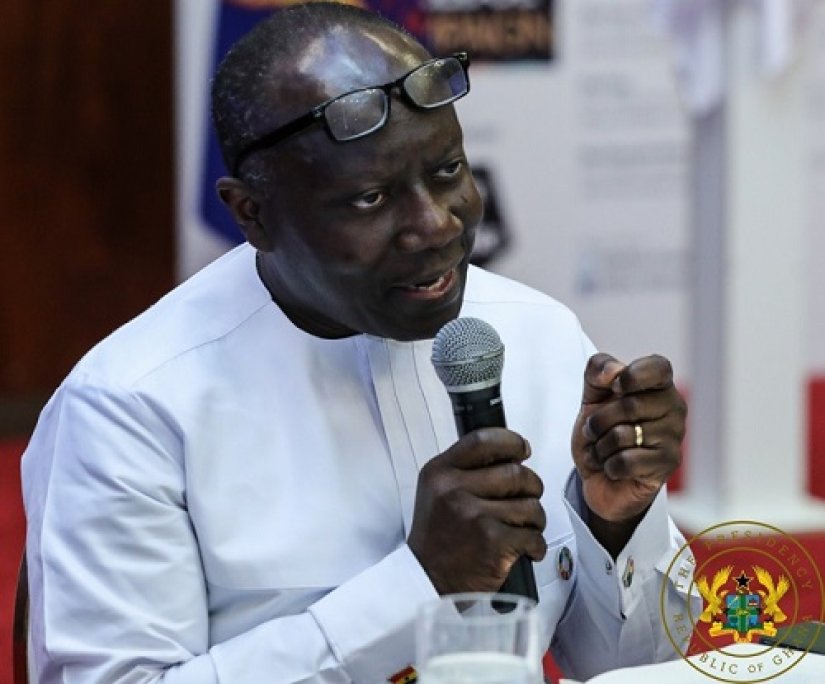 The government has marginally revised its overall Gross Domestic Product (GDP) target from 5.0 as originally projected in the 2021 budget to 5.1 per cent at the end of the year.

Over the medium-term (2022-2025), real GDP growth is expected to average 5.4 per cent, supported by a ramp up in government’s flagship programmes, the implementation of the Ghana CARES (Obaatan Pa) Programme, benefits from the AfCFTA Programme, an enhanced digitalisation drive, an aggressive FDI push, and the pursuance of the Ghana as a Regional Hub agenda.

The Minister of Finance, Mr Ken Ofori Atta, announced this when he presented the Mid year Budget Review to Parliamanet last Thursday in Accra.

Mr Speaker, macroeconomic developments following the presentation and passage of the 2021 Budget Statement and Economic Policy by this august House in March 2021 have necessitated a revision of the macro-fiscal framework that underpinned the 2021 Budget.

This revision, therefore, is informed by the performance of the economy for the first half-year of 2021.

Explaining the decision to revise the targets, he said “Mr Speaker, developments in the real, fiscal, monetary, and external sectors of the economy for the first six months of the year, as well as other domestic and global developments, necessitate a revision of the 2021 macroeconomic framework.

Specifically, these developments include: Update on global and SSA regional developments in GDP as released by the IMF through the April 2021 edition of the World Economic Outlook (WEO); Update in GDP data for the full year of 2020 and newly published Q1 2021 GDP outturn, both by the Ghana Statistical Service; A revision of the 2021 GDP projections; Fiscal developments in the first half of 2021; Revision in the allocation for compensation of employees to reflect the 4.0 per cent increase in public sector base pay for the 2021 financial year; and Revision in interest payments to reflect developments in the first half of 2021.

Mr Ofori-Atta said the originally projected Gross International Reserves cover of 4.0 months of import of goods and services and the end-period inflation projection of 8.0 per cent, however, remain unchanged.

He said domestic developments on the fiscal front for the first half of 2021 largely informed the revision to the 2021 fiscal framework.

The Finance Minister said mindful of the broad medium-term fiscal policy objective to pursue a fiscal consolidation drive towards fiscal and debt sustainability to support macroeconomic stability, and the implementation of the Ghana CARES “Obaatan Pa” Programme, the revision of the 2021 fiscal framework ensures that the overall fiscal balance for 2021 is within the 9.5 per cent of GDP originally announced in the 2021 Budget.


Revisions to total revenue and grants

In the area of expenditures, he said total expenditure (including payments for the clearance of arrears) is projected to remain unchanged from the original budget projection of GH¢113,750 million (25.9per cent of GDP), about 13.7 percent higher than the 2020 outturn of GH¢100,026 million.

“However, some expenditure items have been adjusted to reflect developments in the first half of 2021, while also ensuring that the total envelope remains intact. Among these are the following: Upward adjustment in Compensation of Employees by GH¢1,177 million from the original projection of GH¢30,314 million (7.0 per cent of GDP) to GH¢31,491 million (7.2per cent of GDP), reflecting the increase in the public sector base pay by 4.0 per cent; Savings of GH¢3,336 million from the downward adjustment of interest payments to GH¢32,528 million (7.4per cent of GDP), 9.3 per cent lower than the original budget provision of GH¢35,864 million (8.3per cent of GDP). This is largely on account of the implementation of the domestic liability management strategy which has resulted in a reduction in the cost of borrowing along the yield curve; and adjustments in expenditures on Goods and Services and Domestic Capex expenditures to reflect other priority interventions.”