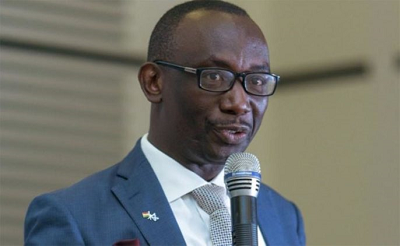 The Ghana National Petroleum Corporation (GNPC) has challenged the Public Interest and Accountability Committee (PIAC) to be specific on its call for a cap on the percentage of the annual revenue that the corporation could spend on its corporate social investments (CSI).

It said PIAC had for the past five years called on Parliament to put a cap on its CSI budget but had failed to name a figure.

“The question is capped to what level? Nobody has ever given a ceiling. Meanwhile, this CSI budget goes to Parliament. They have seen the recommendation to cap in the last five years yet they have continued to approve GNPC’s budget.

It tells you that either they have seen value for money with what GNPC does, they see the impact of the spending and how it is providing peace for oil and gas operations to take place within the Western enclave, or they simply just disagree with PIAC,” the General Manager, Sustainability and Stakeholder Relations at GNPC, Dr Kwame Baah-Nuako, said in an interview on May 19, 2022 in response to persistent calls by PIAC for GNPC to cap its CSI budget.

The GNPC was established in 1983 by the GNPC Act, 1984 (PNDCL 64) and is party to every petroleum agreement. It holds the state’s interest on behalf of the Government of Ghana.

In PIAC’s annual (2021) report, it stated that the GNPC spent US$15.53 million, representing 22 per cent of its Level B receipts of US$70.54 million on sustainability and stakeholder relations and the GNPC Foundation.

Dr Baah-Nuako said GNPC engaged in CSI to try to protect all the assets within the oil and gas industry but not just the operations of the GNPC itself because it is the total assets of the corporation and industry that are needed to realise the peace.

He said, “When we are negotiating the social licence to operate, it is more or less a whole industry because GNPC is a partner to all of the fields of production.”

“Whatever we do we try to protect these assets to ensure peace within the western enclave.

Even if you focus on GNPC spending alone, the CSI spending is just a negligible percentage of the total assets that we are protecting,” he said.

According to him, the focus had often been on GNPC’s revenue, which is the amount given to it from the Petroleum Holding Fund (PHF) for its operational activities.

“People need to look at the relevant metrics. They should be focusing on the total investments that is made in a particular year and how much of that total investment represent CSI investment.

Dr Baah-Nuako called for a rethinking of the concept of CSI.

“We are being proactive. We go to the communities, we work with them and there is peace in the oil enclave but nobody is talking about that.

“We have taken that peace for granted. We engineered the peace we find in the Western Region and it looks like PIAC and others are taking it for granted.

“We have had to engage the communities, support them so that we negotiate our social licence to operate,” he said.

The GNPC’s CSI activity is hinged on two policies or principles.

One part is handled by the GNPC foundation in Takoradi and which is tasked with specific objectives to focus on economic empowerment, education and training, and environment and social amenities.

Most of these projects are based in the production enclave of GNPC mainly, Western and Central regions.

There are also projects which are national in character such as building capacity across the country - science, technology, engineering, and mathematics (STEM) education, and classroom infrastructure for tertiary institutions.

Keynote
- For 10 years (2011 – 2020), GNPC’s receipts in total equity financing costs (Level A receipts) amounted to US$1.14 billion, representing 55 per cent of the total GNPC allocations.
- Level B receipts for operational costs and other expenditures amounted to US$921 million, representing 45 per cent of total allocations. This brings total receipts of the corporation to US$2,059.8 million for the period