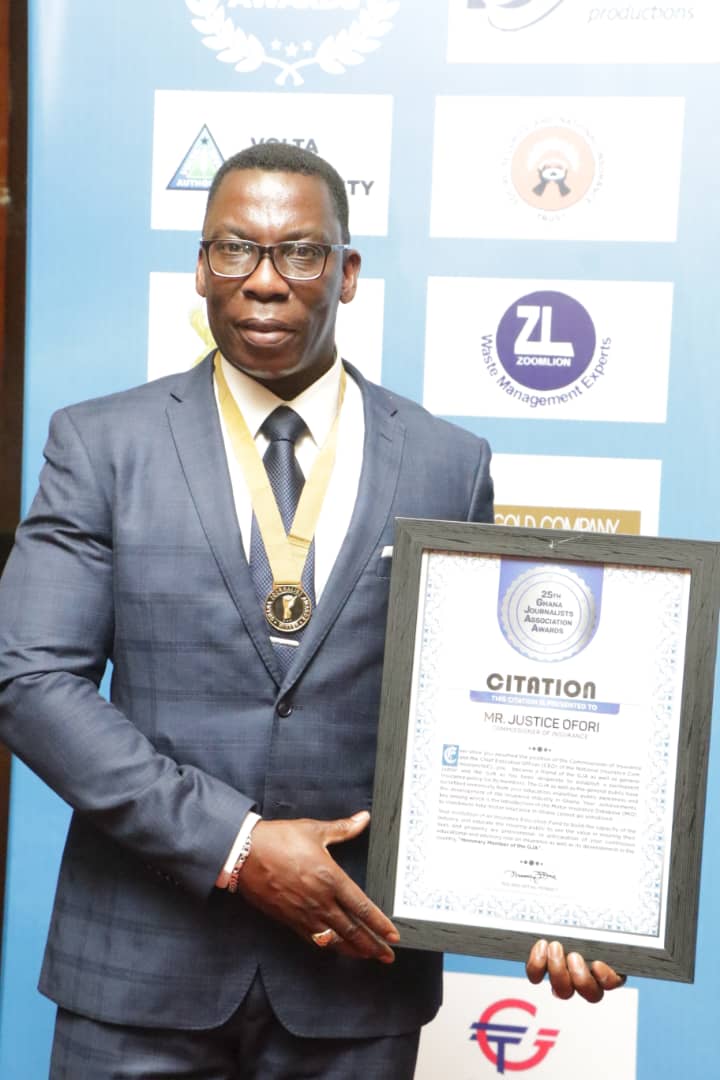 The Ghana Journalists Association (GJA) has conferred a 'honorary membership' status on the Commissioner of Insurance, Mr Justice Yaw Ofori, at the 25th awards ceremony of the association.

This is in recognition of the Commissioner's initiatives which include the introduction of the Motor Insurance Database (MID) and championing the institution of an Insurance Education Fund to build the capacity of the industry and educate the insuring public to see the value in insuring their lives and property.

A citation that came with the award stated that “ever since he assumed the position of the Commissioner of Insurance and the Chief Executive Officer (CEO) of the National Insurance Commission(NIC), Justice Ofori has demonstrated his leadership and management skills by championing many initiatives and developments in the insurance space. Indeed a lot of things have changed.

“He believes in the media in awareness creation and education, as he became a friend of the media, the general public and the GJA.

“His contribution to the development of the insurance industry in Ghana and his achievements, key among which is the introduction of the MID to checkmate fake motor insurance in Ghana, could not go unnoticed.”

Speaking to a cross-section of the media after the award, Mr Ofori expressed joy at the fact that he had been awarded for doing his job.

He therefore urged each and every one is whatever sector is to do the best they can in their "small corners".

He also expressed his appreciation to the GJA for such an honour done him.