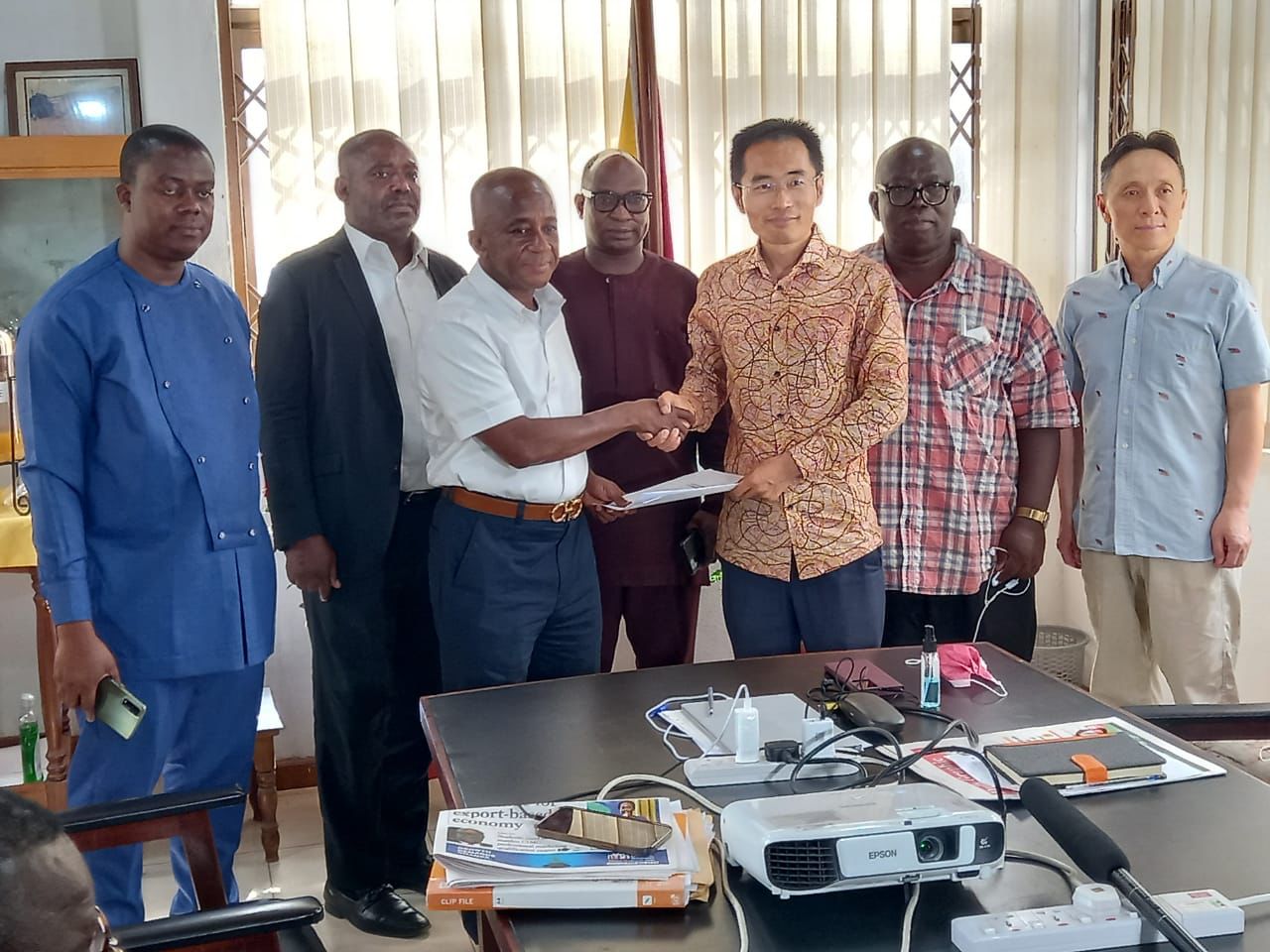 Isaac Ofori -Poku, (left) Board Chairman of Ghana Bauxite Company, receiving the documents detailing the change of management of the company Follow @Graphicgh

A Ghanaian Consortium has taken over the management of the Ghana Bauxite Company (GBC) at Awaso in the Western North Region.

The consortium replaces Bosai Minerals Group from China which had managed the company from February 2010 to February 2022.

This is the first time a Ghanaian consortium has taken over the reins of the company in its 80 years history.

The new Ghanaian consortium now jointly owns the GBC with the government, whose interest is held by the Ghana Integrated Aluminium Development Corporation (GIADEC).

The new development would be a sigh of relief for workers of the GBC and the people of Awaso who were in limbo over the future of the company after Bosai Minerals Group decided to sell its shares.

In view of the recent development, President Nana Addo Dankwa Akufo-Addo is expected to soon swear into office a new Board of Directors for the company.

At a ceremony to hand over the management of the company, the Board Chairman of the GBC, Isaac Ofori-Poku, said the current development was positive news not only for the company but also the entire bauxite industry in the country.

He said with the coming of the new consortium, the GBC was poised to re-energise its operations, embark on a massive expansive drive to create thousands of direct and indirect jobs.

“We are bringing in new equipment, not just mere equipment but of course modern ones that can give us the higher mining productivity targets. Then we also look at areas like building new tailings dams; We are thinking of also trying to add more value to our washing plants that will enable us to wash more and produce more.

"We are also looking at a lot of expansions at the Takoradi Port because the government has built a new dry bulk jetty and a high efficient shipping loading structure is going to be completed somewhere in June or July this year. And what this means is that we can load on the vessel a lot of bauxites,” he said.

“This means we are going to cut down a lot of costs.  When you cut down cost you are going to see a rise in your gain margins which brings a lot of profit,” he added.

Mr Ofori-Poku said another important area of expansion will be the stockpiling section.

“It has become needful to a lot of expansion at where we do our stockpiling to equally match what the government has done. So these activities in the form of expansions and bringing modern sophisticated equipment, state-of-the-art kind of equipment, all show our readiness to up productivity at the Ghana Bauxite Company and get more inflows so that we can produce more and export more,”

He disclosed that the GBC would also explore avenues of getting the bauxites refined since it was the vision of the government to add value to the bauxite.

“That is the value chain of the bauxite, mining, and refinery then VALCO takes it from there to smelt it so that we can feed our downstream activities and generate more employment, and more revenue,” he said.

He added that the new management would also embark on rehabilitation of existing structures of the GBC to future enhance its activities.

“We want to renovate existing structures and do some phase uplifting. We are also looking at engaging in responsible mining taking into account the fact that it is the environment of the people, the local indigenes. We are also going to ensure that we get them the necessary social amenities to boost economic activities and livelihoods in the town, “ he added.