Ghana’s industrial relations in a state of flux 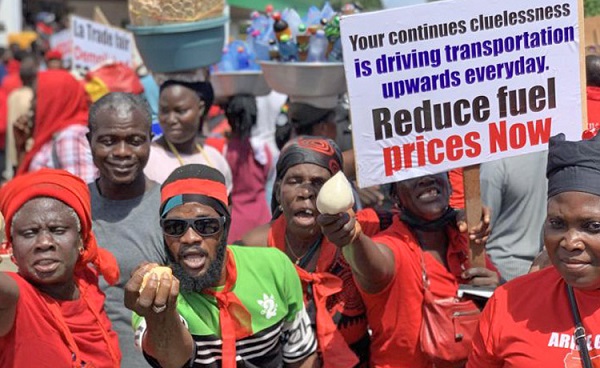 When do we see an end to these strikes? Follow @Graphicgh

More than seven years down memory lane it is interesting that we are witnessing a similar scenario in our industrial relations landscape.

The current industrial unrests by some professionals in our nation once again point to the fact that the practice – not the theory - of Industrial Relations has disturbingly gone awry. To the non-professional industrial relations practitioner this assertion may sound presumptuous. But a historical background of the birth of the Labour Law, 2003, (Act 651), will give credence to the assertion.

But even before I proceed, has anyone given a thought to the paradox of strikes that has bedevilled our nation since the inception of the Labour Law (Act 651) in 2003?

The hope nurtured by stakeholders in industry seemed well-placed. The consultations that were made, nationally and internationally, by stakeholders with regard to the yet-to-be passed labour law truly presaged a law that was going to be a panacea, perhaps, to our industrial unrest woes. The bill was touted to be one of the best things to happen to industrial relations practice in Ghana.

Thankfully on October 8, 2003, the bill became a law. The hopes rose to a crescendo! Almost all the old labour laws were thereby repealed.

Various institutions organised seminars to educate their members on the new law. The demand for copies of the law signified the importance industry players attached to industrial peace and harmony. Why not? Capital has a phobia for industrial disharmony.

Then the bubble burst. Highly placed professional bodies began to engage in strikes. Soon the hope that heralded the promulgation of the new law started to wane. The increasing number of industrial unrests started to erode the great expectations for industrial peace. Currently, our industrial relations is in a state of flux.

Indeed so numerous have industrial unrests been since the promulgation of Act 651 that most of us have lost count of their number. The paradox is that the number of industrial unrests has rather soared despite the strenuous interventions by the National Labour Commission (NLC).

The current agitation of Labour Unions is about demand for Cost of Living Allowance (COLA). The demands have resurrected the albatross of industrial unrests around our necks. The worrying situation has been aggravated by the rising inflation in our nation. As at the time of writing this article (mid-July 2022) inflation has zoomed to 29.8 per cent. That is, arguably, the major cause of strikes by the various labour and professional bodies.

As Ghanaians, we should all cherish industrial peace which we need in order to attract more investors to provide employment for the corps of young graduates who enter the job market every year.

The stark truth is that our Industrial Relations practice has been handled amateurishly. Many people in industry have deluded themselves into thinking that merely reading and ‘understanding’ the Labour Act 2003, Act 651, can make them Human Resource (HR) or Industrial Relations (IR) experts.

Very often HR professionals and practitioners hear people who are not well-versed in the real management of people interpreting the letter and not the spirit of the Labour Law. Interesting! As someone has said, you can read the big words in a medical book, but when you are sick you want a doctor to tell you what those words mean and what it will take to make you well. Probably Medicine is more of a technical field than HR. So it appears.

But we need to remind ourselves that the current law has its antecedents and even though those laws have been repealed, they offer a lot of meaning to the understanding of the current law. Take it or leave it, a trained HR or IR professional reads the law with a ‘human’ and historical perspective and not a ‘legal’ or matter-of-fact perspective. This is because industrial relations history is replete with examples of disasters that occurred as a result of raw adherence to legislation.

One favourite quotation which I often refer to in my write-ups on industrial relations is what former President Harry Truman of the United States of America said in a Labour Day statement: “Good labour relations cannot be brought about by legislation … I believe that enlightened labour and enlightened management working together, can accomplish far more by peaceful bargaining than is possible through legislation” (Byars and Rue, 1991:420). Is that food for thought?

Until we recognise that the art of employer-employee negotiation is a skill which must be learnt, we would not make much headway in peaceful negotiations. It might sound far-fetched, but experienced HR or IR practitioners can better interpret the body language of union representatives during negotiations. This is a fact that many new entrants in negotiations attest to.

Just as a lot of organisations have realised the importance of the HR profession and are giving it the recognition it deserves, the Government must have that realisation also. For example, it would not be out of place for the government to establish an Office of Human Resource and Organisational Development to be an HR think tank for the government. That body will be charged with providing HR perspectives regarding decisions of governance.

It must be emphasised that undue adherence to legalities does not promote industrial peace. Mutual respect and dialogue underlie the success of most seeming intractable negotiations. The tenets of Act 651 should underpin our industrial relations practice but let us always remember that labour-management relationship is a two-way street. It takes the mutual understanding and trust of both parties to make the relationship succeed.

The writer is a Fellow of the Chartered Institute of Human Resource Management, Ghana, and CEO of JC-HR Consult in Takoradi