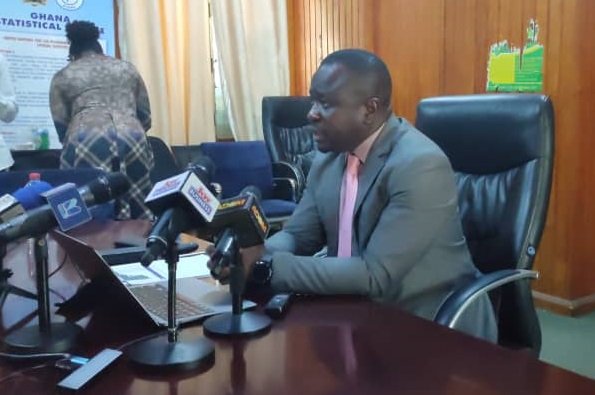 Ghana's consumer price inflation was 12.2% in November 2021 compared with 11.0% in October 2021, the country's Statistical Service has said.

According to the Ghana Statistical Service data, November was the sixth month in a row that inflation rose in Ghana with Housing, Water, Electricity, Gas and other fuels (20.5%) recording the highest contributions to the country's inflation rate.

Transport (16.0%) was the second-highest contributor to inflation followed by food and non-alcoholic beverages with 13.1%.

"Food has resumed its dominance over non-food items with a 1.5 percentage points difference, 13.1% versus 11.6% respectively, Prof Annim said.

"Housing and Transport (which includes fuel) were the Divisions that recorded the highest inflation, 20.5% and 16.0% respectively". 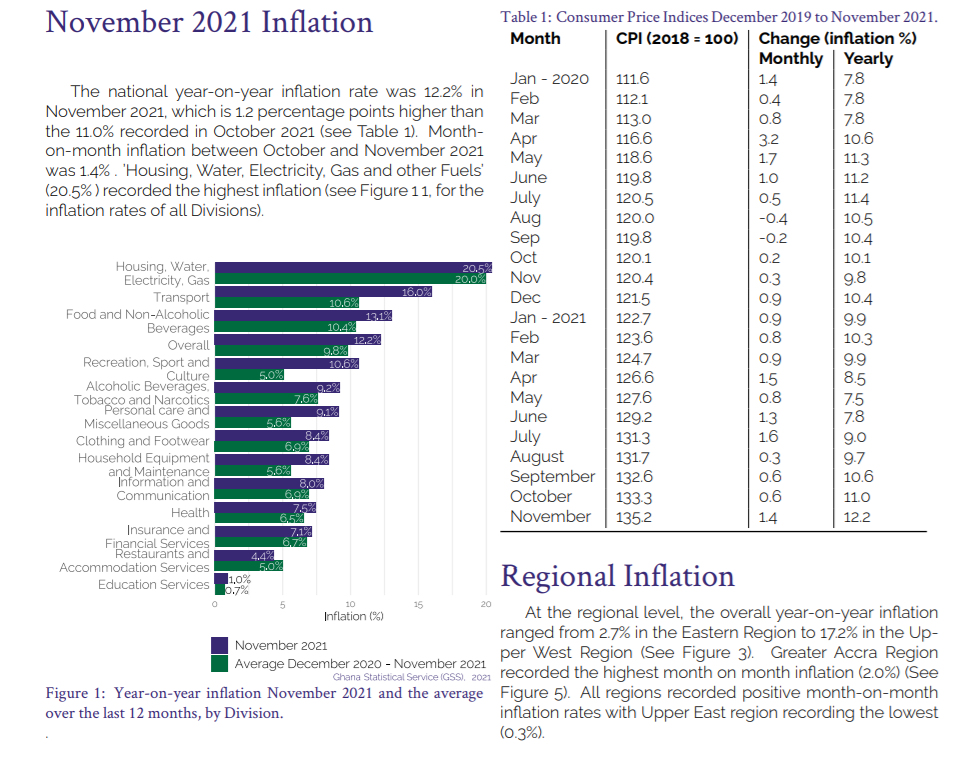 At the regional level, the overall year-on-year inflation ranged from 2.7% in the Eastern Region to 17.2% in the Upper West Region.