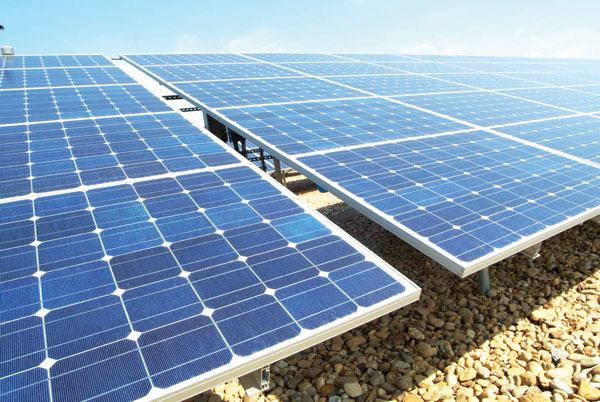 Contrary to perceptions that some of Ghana’s renewable potential cannot be harnessed because of high cost, an expert says Ghana abounds in plenty solar, wind and biomass potential that should be developed.

Mr Joachim Scheid, the head of Energy and Environment Department at the Delegation of German Industry and Commerce in Ghana (AHK Ghana), said solar, wind and biomass were among the various sources of renewable energy at Ghana’s disposal in addition to hydro power and that they could be developed to augment the country’s electricity supply and generate surplus power for export to neighbouring countries.

The renewable energy expert said Ghana’s potential in solar energy for instance was far more than Germany’s, which produced about nine per cent of its power needs from solar sources.

Although the initial capital outlay was substantial, its long term benefits far outweighed the costs that should encourage the country to push for its development with all seriousness, he told the GRAPHIC BUSINESS in an exclusive interview.

Mr Scheid, who is in the country to try to promote renewable technology and revolution in the country, said Ghana had favourable conditions and unique opportunity to produce power from renewable sources, which abound across the country.

“There are renewable energy sources around the whole country. Solar plants can be developed across the country, small enterprises in food and juice processing can easily develop small biomass plants to support their operations and direct the rest to the national grid,” Mr Scheid stated.

“In Germany, we have no food or organic waste; they are resources that are used for power generation,” he posited.

In spite of Germany’s seeming disadvantage in the phase of Ghana’s potential, the European country has two million small to medium power generation plants. Out of the number, solar power accounts for nine per cent.

Some local companies are trying to install plants to supply their electricity needs from biomass. Examples include Blue Skies and another food processing company in Techiman in the Brong Ahafo Region.

Mr Scheid said such companies can build Combined Heat and Power (CHP) plants which would depend on biomass to generate power and also heat (steam) for the manufacturing process, which would in turn produce power in a renewable cycle.

In addition, domestic waste could be collected manually or mechanically to serve as raw material for biomass power production. This comes with several advantages, including ensuring a cleaner environment, providing a reliable source of power and creating employment.

Studies reveal that all of Ghana’s coasts as well as some mountainous areas, especially around the Akwapim-Togo ranges abound with winds with speeds that can support small wind power plants.

The renewable energy expert sees the country’s reliance on hydro power for about 70 per cent of its electricity needs as a world class best practice, which could be further supported with other small and medium renewable power plants.

For instance, since the sun and wind can occur in abundance even in times when water levels in a hydro dam such as the Akosombo dam is low, power from solar and wind can be used to pump water back into the dam to sustain production.
Finance

Mr Scheid conceded that the initial capital outlay in developing energy from renewable sources was huge. However, it turned to be less costly to run, which made it cost effective and sustainable in the long run.

In spite of that, there were some German institutions that were ready to finance bankable projects that had local partners.

DEG, the private sector arm of the German development banking group, KfW, is already financing a couple of private sector projects in renewable energy, with its parent bank, KfW willing to provide funding for government institutions and parastatals as well as the Exim Bank finance (Euler Hermes) option for companies that export technology.

Across the world, there is a growing list of financial and multilateral institutions to finance renewable energy in Africa and Ghana can draw on such financial opportunities.

The World Bank has said its new vision of ending extreme poverty by 2030 plans to support countries in sub-Saharan Africa to solve their energy needs, particularly from clean energy sources.

According to the Ministry of Energy, Ghana’s target is to achieve installed power generation capacity of 4,000 megawatts (MW) and a universal access to affordable electricity by 2015. The country currently produces about 1,986 MW which it wants to increase to 5,000 MW by 2020.

The Energy Ministry has also indicated in its policy to seek financing for the rehabilitation expansion of existing electricity generation plant, while encouraging private sector investments in the construction and ownership of additional power supply capacity.

Part of those resources, the Ministry indicated, would go into financing the development of small and medium- scale hydro power projects on other rivers such as Ankobra, Tano, Pra, Oti as well as the White Volta.

But Mr Scheid advised that Ghana should progress with small renewable projects to be financed by the government, as that would help build capacity in the emerging area.

That would also attract other investors into the sector, adding that the speedy implementation of the Renewable Energy Act, which gives incentives and guidelines on the renewable energy sub-sector.

Efforts are underway to get contact officials of the Energy Ministry to comment on the renewable energy sub-sector vis-à-vis the implementation of the RE Act.