Ghana govt signs agreement with AirtelTigo for transfer of ownership 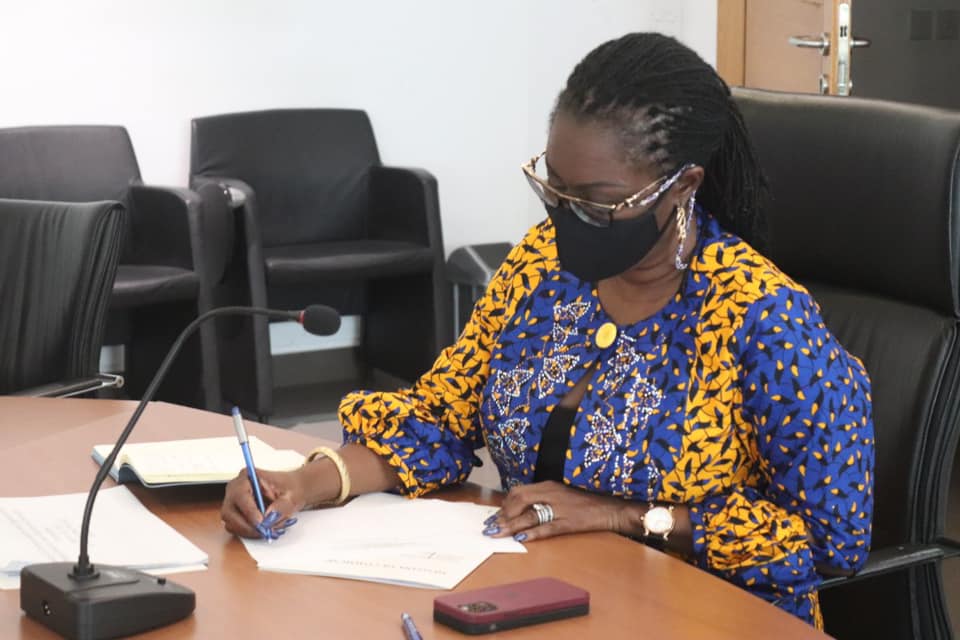 The Ghana government has signed an agreement with AirtelTigo for transfer of ownership of the telecommunications company to the state.

The government of Ghana and the parent companies of AirtelTigo, Bharti Airtel Ghana Holdings B.V., MIC Africa B.V signed the transfer after they concluded negotiations to transfer the shares of the company to the Ghana government.

This followed the announcement of the company’s departure from the Ghanaian market in 2020.

The Minister of Communications and  Digitalisation, Mrs Ursula Owusu-Ekuful made this known in a press statement issued Friday, April 16, 2021.

This agreement transfers all customers, assets and agreed liabilities of AirtelTigo to the government of Ghana.

"We consider this a positive step as it adds to the growing portfolio of digital infrastructure assets being utilised by the government," Mrs Owusu-Ekuful stated.

She explained the government will operate the national asset in the best interest of the nation, the company, telecommunications industry, and ensure the protection of the interests of all employees, customers, contractors, suppliers, stakeholders and sustain the digital transformation of Ghana.

In October 2020, Airtel and Millicom announced that they were exiting the Ghanaian market and this agreement concludes the extensive negotiations between the parties to ensure a seamless transition and continued operation of AirtelTigo thereafter.

“The telecommunications sector is of strategic importance to the government and it is critical the sector remains healthy, dynamic, vibrant and most importantly, competitive. We are determined to make Ghana the digital hub of the subregion and this acquisition is a step in the right direction”.

Bharti Airtel in 2017 agreed to merge with Millicom's Tigo in Ghana to become the country's second largest mobile operator, AirtelTigo.

The National Communications Authority (NCA) granted approval for the merger for the two companies to combine their operations.

AirtelTigo serves around 5.1million subscribers and offers employment opportunities to almost 10,000 people, both directly and indirectly.

Celtel International, a subsidiary of Zain (formerly named the MTC Group) in 2007 acquired 75% of Western Telesystems Ltd (Westel) from the government of Ghana for $120 million.

The government of Ghana remained a shareholder in Westel with a 25% holding through the Ghana National Petroleum Corporation, until the above merger.
Westel was at the time of the takeover by Celtel the second national operator in Ghana and was licensed to provide fixed and mobile (GSM) telecommunications services.

Millicom Ghana Limited, were the first mobile telecommunications company to operate in the country. It then operated under the brand name Mobitel from where it transformed to become Tigo.