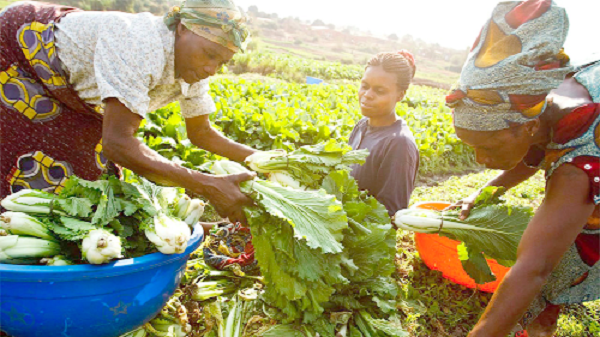 The General Agricultural Workers Union (GAWU) of the Ghana Trades Union Congress (TUC), has called for pragmatic means to alleviate the challenges facing women in the agricultural sector.

Its General Secretary, Mr Edward Kareweh, said women in the sector faced enormous challenges, which when targeted, would eventually alleviate the challenges facing men and all others involved in agric.

In an interview in Accra on the International Women’s Day on March 8, 2018, Mr Kareweh indicated the contribution of women to the sector have been enormous and constituted the bedrock of agric.

He said rural agric was key to the sustainability of the sector generally in the country and that, women were highly represented and played a key role from production to distribution and to marketing.

“They normally do distribution. They carry the foodstuffs from the farm gate to the house whether for family use or for other purposes. Also, transporting to the market to sell is generally done by women,” he stated.

Women lack access to credit to improve their agric activities, some largely due to social and cultural underpinnings.

They face the vagaries of transporting products to the market as they sit on the products in the buckets of trucks so presents a risk.

Again, the environment at the markets within which they sell the products are so poor.

The effect, according to Mr Kareweh, is that they are not as successful in agric as their male counterparts.

“One would expect that any form of relief or support will go to them but rather opposite.

It’s a paradoxical situation such that despite their predominant role they lack basic things,” he said.

He noted that the agribusiness side was not well developed but left to the survival of the fittest and which often put women at a disadvantage.

However, if the system is regularised, structured and have rules that people can play by, the women could also become more effective.

“If the system provides some protection for anybody who wants play by the rules, that again will allow those women who want to go into agric do it just like the normal work place where the rules are clear and recognises everybody as equal,” he stated.

All these remedies, Mr Kareweh said even provide some level of protection and help women to explore their potential but did not seem to be the case of agric.

He emphasised the need to address these challenges, make it much formal and predictable so that women will know their boundaries, responsibilities and rights.

“We can’t seek to grow agric when we do not address the fundamentals of operating in that sector and if we don’t also focus on addressing the needs of women as major stakeholders.

We simply have to address their needs in terms of distributing at the marketing level and we will do a great service to them than mere rhetoric,” he said.

He added that the farmers awards programme should consider special prizes for women in various aspects of agric to take cognisance of the gender inequalities and different levels of access to opportunities within the sector.

This year day was marked on the theme: “Press for Progress”. It is marked yearly to celebrate the social, economic, cultural and political achievements of women.

It also marks a call to action for accelerating gender parity across the globe.