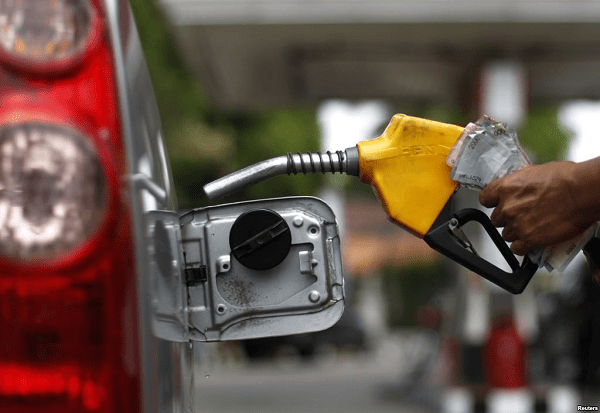 Petroleum consumers in the country will be waiting with bated breath to see how the impact of the reduction in crude oil prices on the international markets will reflect at the pumps in the first pricing window, beginning Friday, April 1.

Oil prices, which had hovered around an average price of $122 per barrel in the last few weeks, dipped by more than five per cent early on March 29, 2022, inching closer to the $100 mark.

International media sources, including Bloomberg and OilPrice.Com, reported that as of yesterday morning, Brent crude was down 5.64 per cent at $106.10, signalling a sustained reduction in the black gold.

It is also on the back of a marginal reduction in the price of petroleum products which takes effect from Friday, April 1, as announced by the Finance Minister last week.

According to an analysis by the Chamber of Petroleum Consumers (COPEC): “At the current average crude price of $117.56 per barrel, resulting in $1,076 per metric tonne of petrol and $1,178/MT for diesel, coupled with the exchange rate of $1: GH¢7.8567 and the government's tax rebate of 15 pesewas per litre, the fuel ex-pump prices are predicted to be affected.”

COPEC predicted that Petrol would be around GH¢9.678 while diesel will hover around GH¢11.081.

It said LPG was also likely to sell around GH¢10.732 per kilogramme.

“Considering the fact that there is no sudden jerks in crude oil prices that may lead to changes in petrol and diesel prices on the international market, then the ex-pump prices are expected to be within the projected figures plus or minus 0.05 pesewas,” it stated.

Oil extended the losses from Monday, when prices tumbled after China, the world’s largest oil importer, imposed a lockdown in Shanghai due to the high number of COVID-19 infections, rekindling concern about the loss of oil demand in the top crude importing market.

The drop in oil prices was another huge day-to-day swing in Brent crude prices, which plunged by nearly $11 a barrel on the day, or around nine per cent, to keep it from attacks.

The Russia-Ukraine war has been a major driver of the high oil prices on the international market as many countries that source crude from Russia, one of the leading producers in the world, cut supplies in protest against the aggression.

However, although the hopes of peace sent oil prices plummeting early yesterday, is unclear whether sanctions against Russia could be removed anytime soon.

Russia said it was taking steps to “de-escalate” the conflict in Ukraine, while floating the possibility of a meeting between President Vladimir Putin and his Ukrainian counterpart Volodymyr Zelensky.

In a related development, wheat, aluminium and gold also declined on the news of a partial Russian pullback.