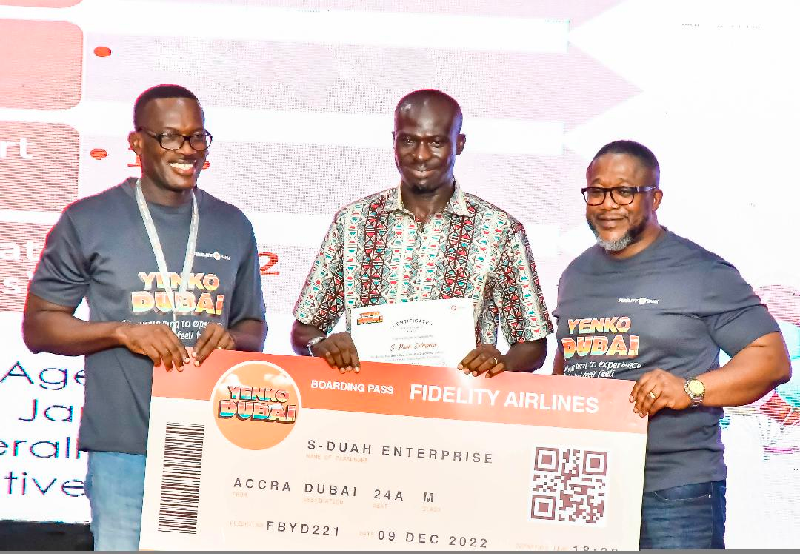 The promo, formed part of activities to mark the bank’s 15th anniversary celebrations, as well as honour its most outstanding agents and agent network staff with the ultimate prize of an all-expenses-paid vacation to Dubai.

A release issued in Accra today said; “This is in recognition of the pivotal role Fidelity agents have played in expanding the bank’s reach and driving its inclusive banking agenda.

It said 30 other agents who performed commendably were also rewarded with brand new mobile phones during the promo.

The Director of Channels and Sales at Fidelity Bank, Mr Godfred Attafuah, expressed his gratitude to all Fidelity Bank agents who responded to the call and played various roles to make the ‘Yenko Dubai’ promo a success.

“We, at Fidelity Bank are proud to maintain our position as a leader in the agency banking space. We acknowledge that we could not have come this far without the support of our agent partners and for that we are grateful,” he added.