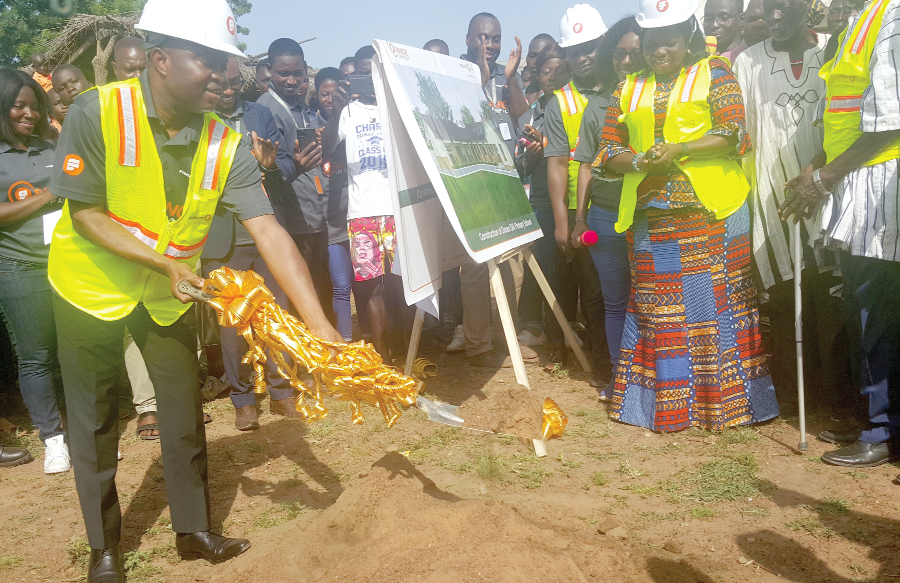 Fidelity Bank Ghana has launched a social impact project in education, which seeks to support 15 marginalised schools across the country with a suite of customised resources and facility upgrades.

The initiative dubbed, ‘Orange Impact’, was officially launched at a ceremony held on the premises of one of the beneficiary schools, the Duose D/A Primary school, Duose, in the Upper West Region.

The Deputy Managing Director, Operations and Support Functions of Fidelity Bank, Atta Yeboah Gyan, who launched the project, said: “Right from day one, Ghanaians have accepted and co-owned the vision of Fidelity Bank and supported us.”

“From our customers to our partners, shareholders and our regulator, Ghanaians have pushed the Fidelity Bank agenda and made our meteoric rise in the banking industry possible. We, therefore, decided that the best way to celebrate this milestone is by saying ‘Thank you’ to Ghanaians for the relentless support that has brought Fidelity Bank thus far.”

He further noted that the bank acknowledged that the most effective tool for empowering the youth, harnessing their limitless talent and securing a bright future for the country, lay in providing quality educational opportunities for the majority of the youth by levelling the educational playing field as much as possible across the country.

“In commemoration of the bank’s 15th anniversary, I am glad to officially set the ball rolling on our ‘thank you’ initiative aptly dubbed Orange Impact,” he added.

For his part, the Duose Naa, Naa Bawa Seidu, expressed his profound gratitude to Fidelity Bank for selecting a school in his town as the flagship beneficiary of the Orange Impact project.

He said the leaders and people of Duose were happy about the impending project, which would see the Duose D/A Primary School receive a comprehensive facelift to transform its current facility into an ultra-modern six-unit classroom block.