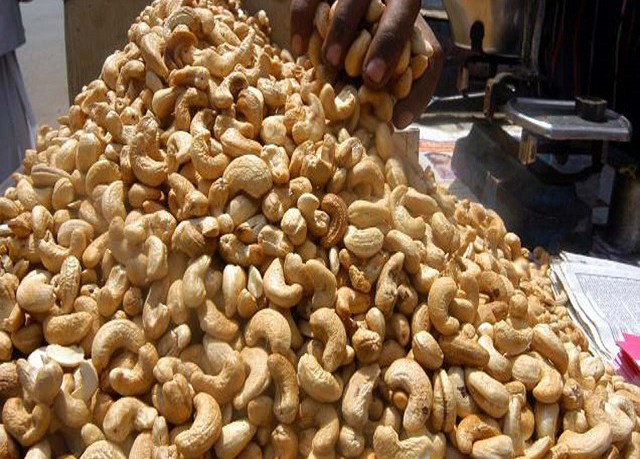 Efforts are being made to realise the full potential of cashew
30.5k Shares

The Ghana Export Promotion Authority (GEPA) has asked the government to consider banning the export of Raw Cashew Nuts (RCNs).

The authority said the ban was needed to ensure that the cashew nuts were readily available for local factories to process and increase the amount earned from the product.

In a strategy document that details the potential, limitations and policy proposals on the cashew industry, the authority said the country needed to prioritise domestic processing of the nuts over raw exports, given the impact on revenues, job creation and the development of a full value chain on cashew.

It said although factories in the country had the capacity to process about 60,000 metric tonnes of the product annually, majority of them were idle because many buyers preferred to export the nuts in their raw form.

It explained that a study conducted by the Ministry of Food and Agriculture found that of every 100 metric tonnes of RCNs that were exported, the economy lost about 30 jobs at the processing level and about $60,800 in income that would have gone to workers in the factories.

GEPA said the current situation where the country exported almost all its RCNs undermined its agenda to add value to exports and to create a robust industry that supported economic development.

Beyond an outright ban, GEPA said the government could also consider protecting the sale of RCNs by offering incentives to those that sold to the local processors.

"Export tariffs for RCNs can be increased to discourage the export of RCNs without value addition," it said.

In Ghana, local processors fall into three main categories. Primary processors are RCNs processors who convert the cashew nuts into cashew kernels and are involved in the purchasing of RCNs, sorting, steaming, cracking, peeling, drying, grading and packaging bulk for export or for sale on the local market.

The secondary processors are those who add further value to raw kernels through roasting, salting or flavouring, packaging and labelling for the local market and for export.

The third category is cashew by-product processors who add value through the purchasing and processing of cashew apples.

Meanwhile, the Cashew Industry Association of Ghana has drawn up a 10-year cashew development plan that seeks to, among other things, embark on a rapid planting and mass spraying programme to ensure that by 2029, Ghana reaches an annual local cashew harvest of at least 500,000 metric tonnes.

Cashew nut was among the top 10 leading Non-Traditional Export (NTE) products in 2019 with a value of $237,889,169, and was the only agricultural product that made it to the top 10. The rest were processed / semi-processed products.

The 2019 report on analysis of NTE statistics attributed the poor performance of cashew to the low demand at the beginning of the season (January to March), especially from Indian buyers.