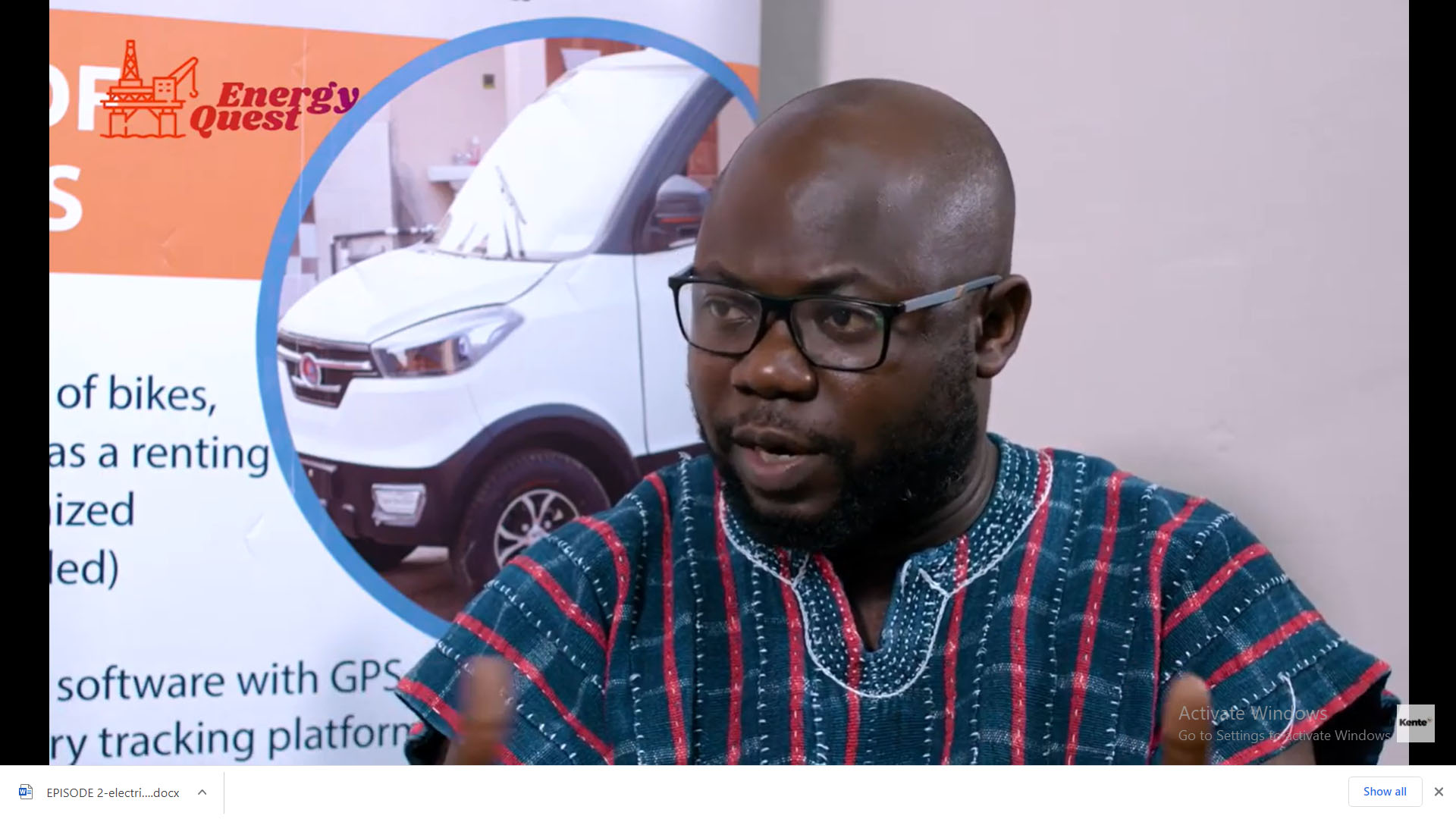 This episode featured Solar Taxi, a green company with the aim of uncovering sustainable solutions to transportation in Ghana using renewable energy.

The CEO Jorge Appiah in an interview explained that Solar Taxi started three years ago out of Kumasi hive and the idea was to produce solar powered vehicles.

The first prototype was built with minimal funds, he said.

Currently Solar Taxi operates in Accra, Kumasi, Takoradi and Tamale with its central headquarters being in Accra.

The vehicles are manufactured and assembled locally hence providing jobs to the youth. Solar Taxi also provides charging, maintenance and all other services associated with their vehicles.

According to the CEO of Solar Taxi, there are over 64 staffs with about 80 percent of them being women.

Mr Appiah said “We make a conscious effort to give opportunities to women” as a response to why there were 80 percent female staff at Solar Taxi.

An interesting novelty by Solar Taxi is the gender of the electrical engineers and technicians who assemble the vehicles.

These are all women.

In an interview with Erica Amponsah, an electrical engineer at Solar Taxi, she elaborated on how a father-daughter hobby turned out to be her career.

In five years time she aims at being one of the best female engineers in Ghana, Africa and beyond.

The question many ask is, will green energy take over?

For better insight on this unsettling issue and others, watch Energy Quest, this and every Sunday at 6:30pm, and a repeat on Wednesdays at 2:30pm, on Joy News at 2:30pm. Also watch online on YouTube via Energy Quest TV, Graphicgh and KenteTv.

Energy Quest, Looking into the Future.