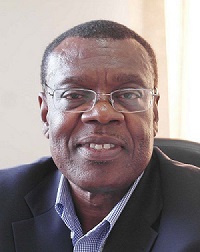 The economy is in dire need of a development bank that can provide long term funding for critical areas, a latest survey by the Africa Centre for Economic Transformation (ACET) has stated.

“Development banks bring in the right funding for sectors that will not be interesting for commercial-seeking financing institutions,” the survey report noted.

Coupled with this challenge is also the financial positions of the two banks which potentially undermine the developmental roles they were meant to play within the economy.

Presenting the report at a validation workshop in Accra, the Head of Private Sector Development of ACET, Mr Charles Odoom, explained that the operations of the two development banks were still focused on the developmental agenda of ruling governments without living up to their mandates.

“Both ADB and NIB are the extension of government, thus the government remains the major stakeholder of these banks and still have strong footprints in their governance make-up.

The workshop was organised in collaboration with the Overseas Development Institute (ODI) to discuss “The Developmental Activities and Impacts of National Development Banks, The Case of Ghana”.

It brought together government officials, civil society organisations, policy makers, and industry representatives to validate and discuss the findings identified in The Political Economy of National Development Banks in Ghana Report.

“We have taken an initial observation here in Ghana and we will compare across the three other countries and benchmark them against best practices where we would have completely come up with a report to give real recommendations,” he stated.


The need for a development bank

A Senior Director, Research and Policy Engagements at ACET, Dr Edward Brown, also explained that there would always be some political interference in the operations of development banks in Ghana since government had the majority share in them.

However, he said, it was important to have a governance arrangement that allowed those banks to operate within a framework which was developmental oriented.

“This workshop is to see the extent to which these banks established over the last 30 years have been developed and whether or not the institutional or governance arrangement are still fit for purpose to inform policies.

“Preliminary recommendations are that they should look at the governance arrangement, take examples from elsewhere and learn better to see how we can adapt some of those success stories to help in improving the performance of these development banks,” he noted.

Dr Brown said ACET had been engaging in supporting Africa economies through varieties of interventions adding that “one of them is related to how to strengthen the Small and Medium Enterprises (SMEs) to make them investment ready and one of the fundamental challenges that these enterprises face is the cost of finance”.

“So we have undertaken a study on the role of national development banks which have been amended to support Africa SMEs in order to develop.

“In Ghana, today we are doing the validation of the study that has been undertaken by the ACET team to solicit new insights and opportunities to help strengthen the analysis that we have done in order to inform policies,” he noted.