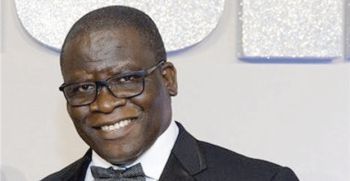 Ecobank Ghana has deferred the payment of its 2018 dividends to shareholders to future growth in a bid to build its reserves after meeting the GH¢400 million minimum capital requirement.

Though the bank recorded a profit after tax of GH¢339.968 million, amounting to an increase of 36 per cent compared with the previous year, the bank said boosting the reserve was key to the payment of dividends.

The Board Chairman of Ecobank Ghana, Mr Terence Darko, said at the bank’s Annual General Meeting (AGM) in Accra that as a result, Ecobank Ghana was unable to pay dividends for 2018.

In 2017, the bank converted cash dividends into bonus shares, which raised the stake of the shareholders in the business, but the board has for 2018 deferred dividend payments to future growth prospects.

The chairman said they wanted to commit that money to more investments for better value, so there would be no cash dividends for shareholders.

Though many shareholders were not happy with the non-payment of dividends, they were hopeful that the bank was on a growth path.

Mr Darko noted that because of the GH¢400 million mandatory minimum capital, the bank’s stated capital now stood at GH¢1.32 billion, making it one of the best capitalised banks in the industry.

In 2018, Ecobank Ghana posted a 34 per cent growth in profit after tax anchored on 17 per cent revenue growth to GH¢1.3 billion, a 26 per cent dip in impairment charges and successful execution of its cost containment strategies.

Customer deposits went up by 16 per cent and reached GH¢7.6 billion on the back of improved product offerings, increased customer confidence in the brand and enhanced customer engagement through its supportive digital channels.

Ecobank Ghana is also has the biggest loan book, recording GH¢4.1 billion in loans that were strategically advanced with stringent recollection measures in place to ensure shareholder value.

The Managing Director of the bank, Mr Dan Sackey, at a media briefing after the AGM said the bank was still in the process of building its reserve before declaring dividends.

He said,: "Meeting the GH¢400 million capital requirement is not the end of the game but it is key that you maintain the appropriate capital levels to support the business.

If you look at Ecobank’s position on the market and balance sheet and revenue generation capacity, it's important that we maintain adequate capital.”

“We did that last year by moving income surplus to, first of all, meet the requirements and also to ensure that we have adequate buffers to support what we do. This year we will continue to build on those buffers to boost the operations and without adequate capital, we won't be able to make it," Mr Sackey added.

He, therefore, assured shareholders that the future looked bright for the bank so they could rest assured that dividends would kick in soon.

“We are positive that we will return to dividends payment in the near future,” he said, but he did not say exactly when.

Mr Sackey disclosed that the bank was still in the process of building its reserve before declaring dividends.

For the year 2018, 78 per cent of the bank's transactions were done on its digital platform. Ecobank grew its deposits by 20 per cent as of the end of 2018

“Customer confidence in the reliability and 24/7 availability of the digital platform boosted transaction on the platform and that is what largely accounted for the growth in deposits because customers believe they have 24/7 access to their funds when they deposit with us,” he said.