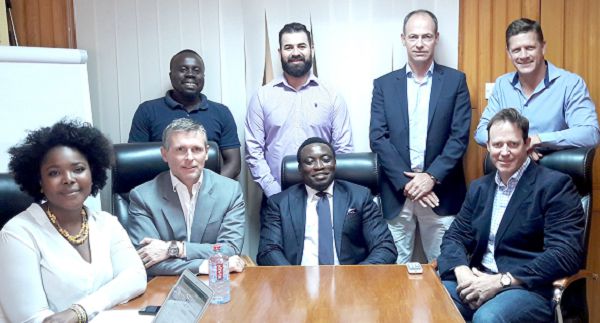 A Renowned investment banker, Dr Sam Ankrah, has been appointed the chairman of the board of directors of Ngoya ETIX DC (Ghana) Limited.

The company is a joint venture (JV) between the Africa Investment Group (AIG), Ngoya and ETIX Everywhere.

The multimillion dollar project, which is currently ongoing, is expected to be completed by January next year.

Describing his appointment as the next milestone in the prestigious business career of Dr Ankrah, a release issued in Accra at the weekend said: “Dr Sam Ankrah, a well-respected investment banker who created the multi-disciplinary investment and advisory enterprise, AIG, mooted the JV which flagship project is the data centre.”

It said the project, when completed, is expected “to place Ghana at the forefront of the digital ecosystem in West Africa.”

Giving further details about the project’s investment structure, the release said out of the JV, over $10 million had been invested to date on the project with a further $50 million to be invested to expand the Accra site, as well as build a second identical data centre in Kumasi in the Ashanti Region.

The release said: “Both data centres, once fully developed, will each comprises 600 racks and 1.8MV of IT power.

Primary power to each data centre will be via a solar farm built adjacent to each site, including storage, thus allowing for 24x7 provision of power.”

Who are on board?

The JV, the release said, had already signed up a number of blue chip clients that fully occupy the first module, adding that “interest from the banking and telecom sectors, as well as the government has been strong.”

Giving further details about why Dr Ankrah was appointed as the chairman of the JV, the release said the move was “in recognition of his business acumen and expertise.”

“This data centre project promises to be a catalyst for economic growth for Ghana.

Dr Ankrah has been spearheading the JV which is working closely with the government to support­ national initiatives to deliver digital services to the people of Ghana in areas such as education and health care.

The release said: “It is well documented that increased Internet penetration has a direct and positive impact on Gross Domestic Product (GDP) growth.

The African data centre industry is on the cusp of explosive growth in a manner which will parallel the growth of the mobile industry over the last two decades with a potential to be the same, if not have greater, economic impact.”

It has also started building specialist block chain data mining centres for global clients in Iceland and in Northern Europe.

Ngoya Capital is a Pan African business development venture headed by Ross Macdonald, one of the founders of MTN and Vaughan Adnams, a former Deutsche bank and hedge fund manager with extensive African finance experience.